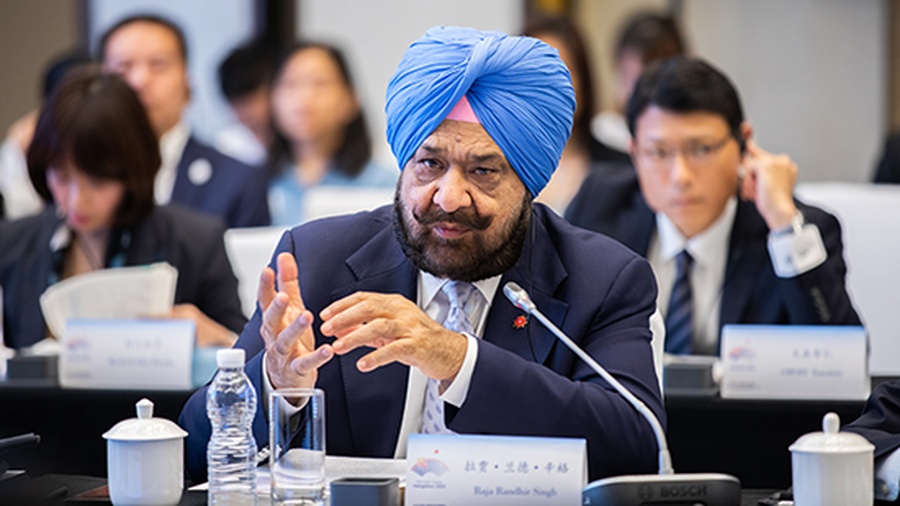 Hangzhou, China, June 18, 2021: The Chairman of the Olympic Council of Asia’s Coordination Committee for the 19th Asian Games, Raja Randhir Singh, believes Hangzhou 2022 could be a new starting point for international sport.

In an interview with the official magazine of the 19th Asian Games, Raja Randhir says he is “excited” about the next Asian Games in September 2022.

“There are many reasons to be excited,” he says.

“First, it’s the Asian Games – a major event on the OCA calendar that occurs every four years.

“Second, because we will be visiting China – a new China, an advanced China, a modern China and a global leader in the digital economy. Everyone is excited to see such a new country.

“In addition, we hope that, by September 2022, the world will have returned to normal and the Hangzhou Asian Games will be a new starting point for an exciting journey ahead.”

Raja Randhir, who is an OCA Life Vice President and a six-time Olympian in shooting, has visited Hangzhou several times and is very impressed with the planning, preparation and progress, despite the pandemic.

“The venue construction is going well and the stadium design is amazing,” he noted.

“42 venues were completed at the end of March this year and will be ready for operation by June – 15 months before the opening of the Games.”

The 19th Asian Games will run from September 10-25, 2022 with 40 sports, 61 disciplines and 482 events. The sports programme will include the new sport of breaking as well as electronic sports, which has been upgraded to full medal sport from its status as a demonstration sport at the 18th Asian Games in Indonesia.

Raja Randhir feels they will add value to the rich sporting legacy of the Asian Games as the sports world changes and evolves in the digital age.

“There is no doubt that there will be a lot of interest in e-sports among the general public, as well as in break dancing, which is very entertaining and enjoyable.”

Raja Randhir believes the Asian Games will give Hangzhou a wonderful opportunity to promote the city and the province of Zhejiang in eastern China and draw attention to the UNESCO cultural heritage sites such as the majestic West Lake.

“Hangzhou is a city with a rich past, a vibrant present and an exciting future,” he concludes.

The third edition of the Hangzhou 2022 magazine also reports on the first phase of the three-part Sport Entry process, Entry by Sport, submitted by the OCA’s 45 National Olympic Committees, a detailed timeline and a personal invitation to visit Zhejiang province from Yuan Jiajun, Secretary of the CPC Zhejiang Provincial Committee.

Back
The Asian Games will give Hangzhou a wonderful opportunity to promote the city and the province of Zhejiang in eastern China and draw attention to the UNESCO cultural heritage sites such as the majestic West Lake.