Since March 28, China's civil aviation industry has switched to summer and fall flight schedules until October 30. There are 160 domestic and international airlines with a total number of 101,606 flights per week being scheduled in the coming months.

There will be 92,756 domestic flights per week, a 10.7% year-on-year growth of frequency. The flights to Hongkong, Macao, and Taiwan experience a 40.4% decrease compared to last year, with 2,234 flights scheduled per week.

Multiple airlines will open new routes in their summer and fall flight schedules, including journeys that connect Haila'er (a city in Inner Mongolia), Linyi, Baotou with Wuhan, Chongqing, and Nanchang.

In total, 124 destinations can be reached departing from Hangzhou, including 25 new and restored cities, an increase of 9.7% year-on-year, according to the flight schedule released. The restored destinations include Xishuangbanna, Jieyang, Hulunbuir, Xiangyang, Jingzhou, and more. 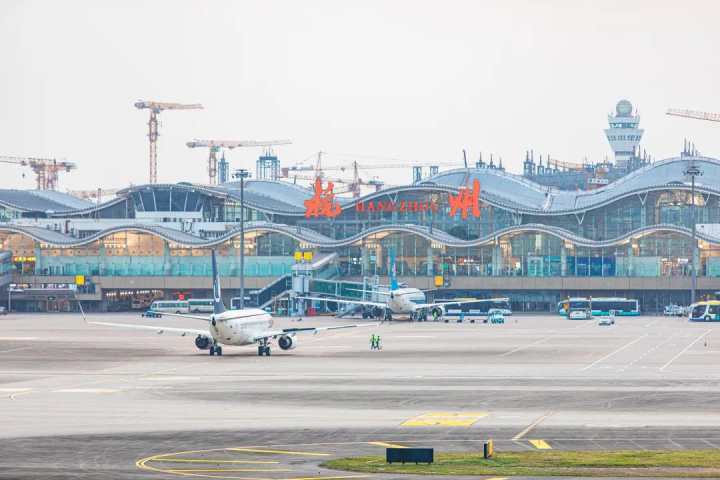 Besides, the frequencies of several routes will pick up in the new flight schedule. The routes from Hangzhou to Beijing, Guangzhou, and Shenzhen will increase respectively to 42, 30, and 27 times daily.

The new flight schedule also indicates a more consistent departure time for flights that connect Hangzhou to Beijing and Guangzhou. The Hang Sui Express of China Southern Airlines (the direct flight between Hangzhou and Guangzhou) will operate 12 times daily. Air China will provide 19 flights daily from Hangzhou to Beijing, among which 16 are to Capital International Airport and the remaining 3 to Daxing International Airport.

According to the information released by Hangzhou Xiaoshan International Airport, it will expect a 12.29% year-on-year growth of flight volume this summer. The airport plans to handle 5,499 passenger flights per week, a number that matches that of pre-pandemic level in 2019. Cargo flights are reported to increase 55.78% year-on-year.

The schedule for international flights has not yet been released due to the pandemic.