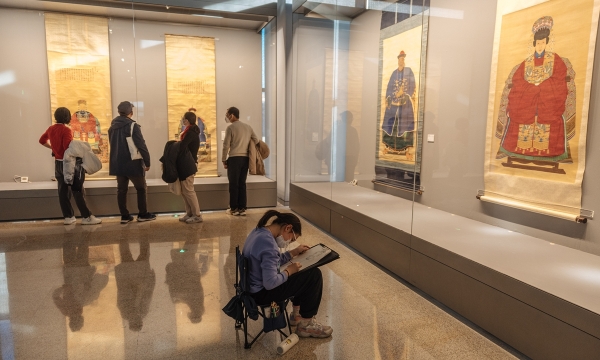 Selling 30,000 tickets every day during the holiday season at the end of December 2022, China's world-famous Palace Museum is just one of the many cultural centers that has been packed by crowds of visitors after the country introduced optimized COVID-19 control measures on December 7, 2022. The new surge in consumption has been a shot in the arm for the cultural industry and a preview of a bright beginning for 2023.

Staff at the ticketing department of the Palace Museum told the Global Times that ticket reservations mostly centered on the New Year's Day holiday weekend. Additionally, other national-level museums, such as the National Museum of China in Beijing, have also fully geared up for the rush, preparing shows to attract visitors, especially families looking to do some cultural travel.

Yao Ling, a high school teacher and mother of two living in Wuhan, Central China's Hubei Province, told the Global Times that her trip all the way to Beijing for the two national museums' joint show Harmonious Co-existence, which displays over 400 relics from their collections, was a real "treat" and a "proper family gathering to celebrate the New Year like we used to."

"Just glancing at all the visitors, you can tell Harmonious Co-existence was indeed the most crowded exhibition, especially during the holiday break," a customer service employee at the Palace Museum, told the Global Times.

Beijing's popular 798 Art Zone has also bounced back from visiting sparsity, once again regaining the title of art hub among young people.

According to the UCCA Center for Contemporary Art, on the first day of 2023, over 1,000 young visitors entered to view an ongoing exhibition of two legendary artists, H.R. Giger and Hajime Sorayama. The Approaching exhibition features 45 works by each artist from the 1960s to the present day.

Not far from the institute lies the Beijing Minsheng Art Museum, which saw nearly 1,600 visitors come to its iconic exhibition The Trace of Civilization: The Great Art of Dunhuang during the holiday.

Wang Sandi, a designer who describes himself as someone that "tested-positive but is now a recovered free man," told the Global Times that the art zone's recovery has restored a part of his lifestyle and that he is already planning on heading to the art zone with 14 artists during the first full weekend of January.

Ma Minmin, a guitarist who had to limit herself to online jamming with friends during the height of the pandemic, told the Global Times that she is happy now that face-to-face communication is finally back.

She said that being able to meet friends at a jazz bar just like she used to three years ago makes her feel like life has returned to normal yet. Wang Xingkun, a creative industry expert, told the Global Times that optimized COVID-19 response can not only lead to people's reunion offline, but also will allow for more overseas cultural exchanges in China in 2023 to become possible.

Wang Xingkun, a creative industry expert, told the Global Times that the optimized COVID-19 response can not only lead to people's reunion offline, but also will allow for more overseas cultural exchanges in China in 2023.

"Multi-cultural collaborations will be the major driving force to promote the 2023 cultural scene," Wang emphasized.

For instance, embracing more than 390 works by 240 artists from 20 countries and regions, the first Beijing Biennale kicked off on December 30, 2022 and is set to run until March.

Meanwhile, Chinese cinemas, which suffered greatly from shutdowns due to COVID-19 pandemic, are getting a boost from imported blockbusters such as Avatar: The Way of Water.

Additionally, Chinese people are showing great interest in domestic movies such as Better Man. Starring Chang Yuan and Li Jiaqi, the family comedy focusing on relationships has earned more than 120 million yuan ($17.4 million) since its premiere on Saturday, securing third place at the box office right after Someday or One Day and Avatar: The Way of Water.

A staff member surnamed Zheng at the Yanqing Olympic Park, told the Global Times that the visitor number tripled during the New Year's Day weekend.

A new landmark for the 2022 Winter Olympic and Paralympic Games, the park is promoting four-season cultural tourism schemes for visitors from all around the world.

Beside Beijing, urban cultural scenes are also picking up in other Chinese cities such as Hangzhou in East China's Zhejiang Province, Shanghai and Chengdu in Southwest China's Sichuan Province with a focus on local culture.

"The New Year ahead is worth our anticipation, many Chinese cultural sectors are going to sprint ahead," Wang noted.

To celebrate the new year of 2023, the National Center for the Performing Arts launched the 2023 New Year Concert on the last day of December 2022. Along with music such as "My Motherland," the show also encouraged audiences to have grit and optimism toward the upcoming New Year.

"Art and culture nurtures my spirit. Going to a concert in the New Year, I feel optimistic that everything is headed in the best direction," a netizen commented about the concert on Sina Weibo. 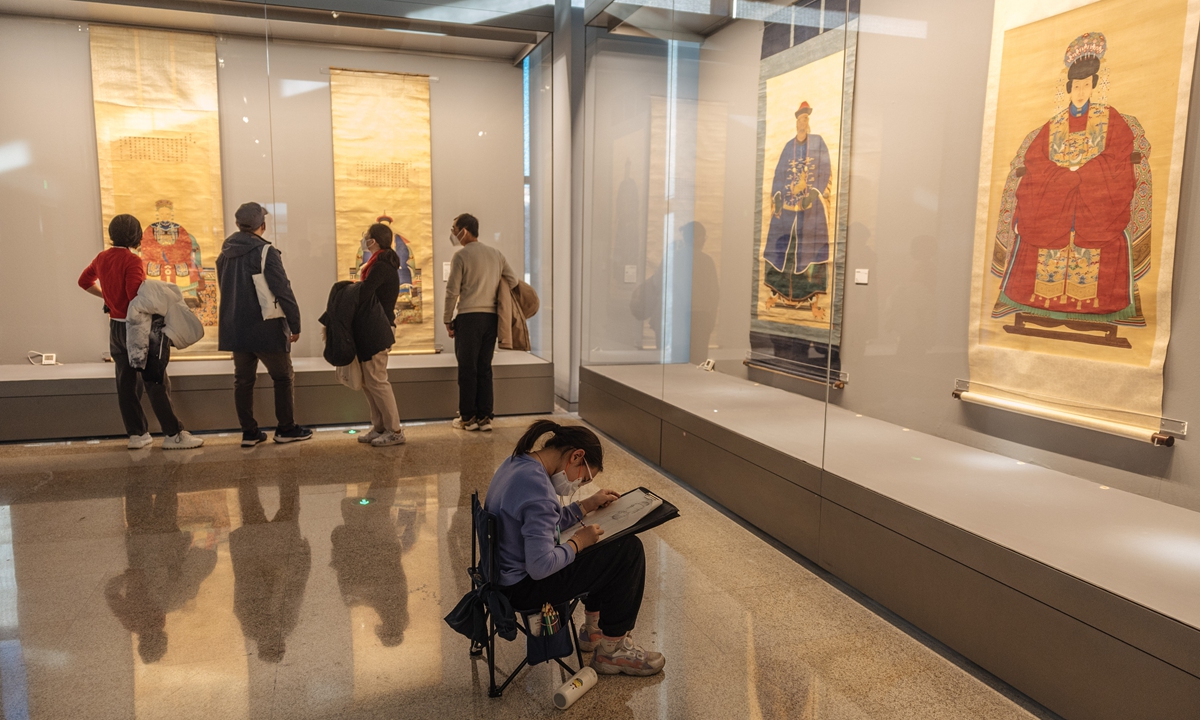