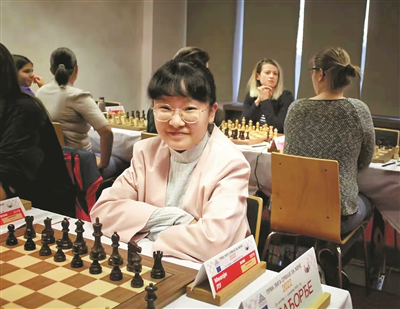 When Lu was selected to national team in 2020, she was the youngest member of the team. In the IM ASK 5 Chess Open Championships held in Serbia at the end of last February, she defeated three international grand masters and four international masters to win the champion and was conferred the title of Women International Master.

The 12-year-old chess player of Hangzhou has won worldwide attention with her strength and great potential. Her reputation will surely contribute to the building of the talent pool of Hangzhou Branch Of China Qi-Yuan.