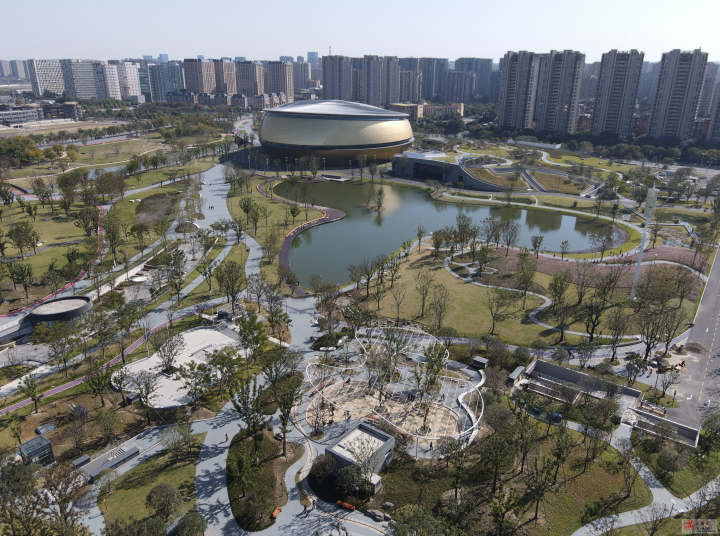 An aerial view of the Grand Canal Asian Games Park, which is located in Gongshu district, Hangzhou. The park passed the zero-waste evaluation in December 2021. [Photo/zjol.com.cn]

The city recently announced that it will strive to decrease the amount of per capita solid waste produced during the competition period by at least 10 percent compared with other similar international events.

It has also compiled and been amending a guidebook on preparing for, running, and maintaining "zero waste competitions", covering aspects ranging from venue construction to catering, office work, and accommodation.

The guidebook also included suggestions for supporting parties of the Games, such as hotels and sponsors, encouraging them to reduce the production of solid waste and enhance the reuse and non-hazardous treatment of resources.

The city has also worked out a variety of scenarios for the application and implementation of zero waste transformation, such as monitoring the production, transferr and treatment of solid waste and using the "zero waste QR code" for whole-process surveillance.

Moreover, statistics including per capita solid waste produced, recovery rate of renewable resources, and non-hazardous treatment rate can be calculated to help the local government better understand the big picture and pursue zero-waste transformation in a practical manner. 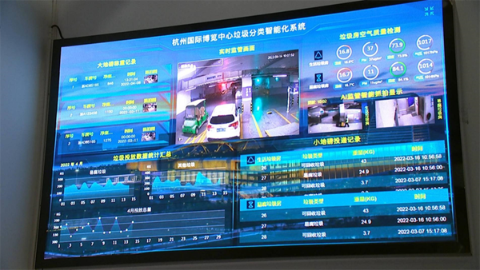 An intelligent system for data analysis and garbage classification is set up at the waste disposal sites at the hotel. [Photo/hangzhou2022.cn]