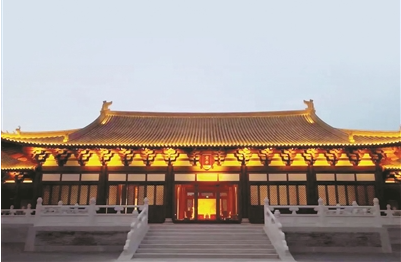 The Southern Song Deshou Palace Site Museum was open to the public yesterday. The palace which is magnificent and stately during the daytime highlights the elegance of Song-style archaic architecture through the lighting effect at night.

It is said that in order to achieve such lighting effect, Deshou Palace well balances the warm tone with cool tone of lighting, and conceals the lamps so that only the lamplight can be seen.

With the lighting effect similar to that of ancient candles, the palace brings the past back to life.