Located in Hangzhou, Zhejiang province, Deshou Palace, or the Palace of Morals and Longevity, will open to public in late November, offering Southern Song Dynasty (1127-1279) vibes to visitors.

The palace was once the residence of Qin Hui, a prime minister at the Song Dynasty court. Emperor Gaozong, whose reign began in 1127, retreated to the palace after leaving the throne in 1162, as did his successor Emperor Xiaozong in 1189.

According to history records, the palace covered an area of 170,000 sq meters at that time. There were more than 10 halls and courtyards, including Deshou Hall, Houdian Hall, Lingzhi Hall and so on. There were also a large number of garden landscapes, the exquisite degree of which can be compared with the imperial city of that time.

The Southern Song Dynasty was one of China's golden eras, with a thriving economy, technology and culture. However, unlike the well-preserved Forbidden City in Beijing, Deshou Palace has been virtually destroyed over the centuries, with only a few remaining relics and foundations.

The reconstruction was based on its original foundation to restore the dynasty's glorious days and better protect remaining relics. 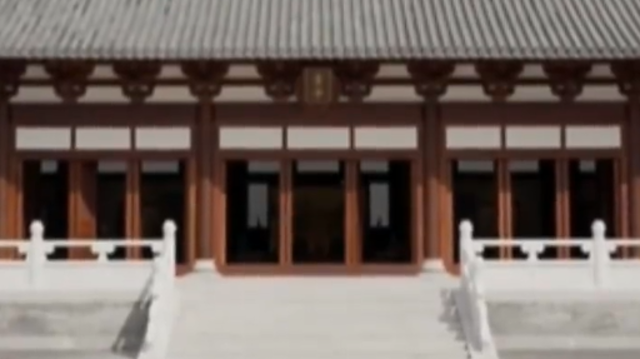