A photography enthusiast from Hangzhou, east China's Zhejiang Province has spent one month taking aerial photos of 10 buildings that resemble the numbers "0" to "9", giving a distinctive perspective from which to appreciate the city's beauty.

He first searched for buildings that resembled the numbers from "0" to "9" on a map app and then marked them. He found that some of the buildings he had marked on the map app didn't resemble the real buildings, but Zhou generally had good luck, and eventually took 10 pictures while having to go to about 12 or 13 locations throughout the whole process.

It took Zhou less time to snap the 10 aerial pictures than to look for the right buildings and wait for sunny days to be able to take the pictures. However, this was precisely the reason why the whole process of photographing the buildings was meaningful and full of fun for him.

After Zhou posted the pictures on social media, they drew widespread discussion. As many photography enthusiasts said that they also wanted to take pictures like these, Zhou said that he had only been taking aerial pictures for three months and started to learn photography just one year ago.

"I majored in architecture as an undergraduate, and after graduating from university, I became a designer. Now, I work for a company that assigns me work related to taking aerial pictures. This is how I started to develop the hobby. I think as long as you put sincere effort into it, you can do it," Zhou said. 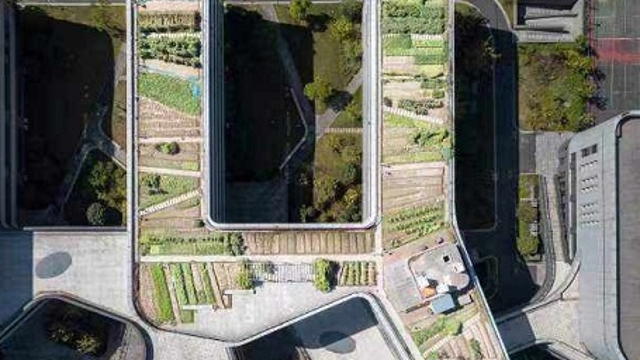