Qipao has evolved in contemporary China into a category of ceremonial clothing and bridal gowns. The figure-hugging one-piece dress, typically composed of brocade, gauze, and embroidered silk, is regarded as the epitome of femininity.

Designers from home and abroad are exhibiting their creations at the annual Global Qipao Invitational Exhibition that is underway at the China National Silk Museum in Hangzhou until December 11.

Themed "Timeless Elegance," the event has built a platform for cross-cultural interactions.

Umida Muminova from Uzbekistan has created a wedding dress by taking elements from the traditional qipao and incorporating them with cultural elements from her native country.

A traditional Uzbek pattern is embroidered on the qipao, which is made of red velvet and stitched with silver thread. The ornament, which resembles the ancient Chinese fengguan (phoenix coronet), a common ritual adornment worn at festivities and wedding rituals, is the focal point of the qipao.

Muminova's artwork combines Chinese and traditional Uzbek themes in a way that is both romantic and elegant. The monochrome qipao titled "Ink-wash Impression" takes on a poetic vibe of Jiangnan (regions south of the lower reaches of the Yangtze River). People mistake the designer for being Chinese, which is reflective of the French artist's deft blending of technology and design. 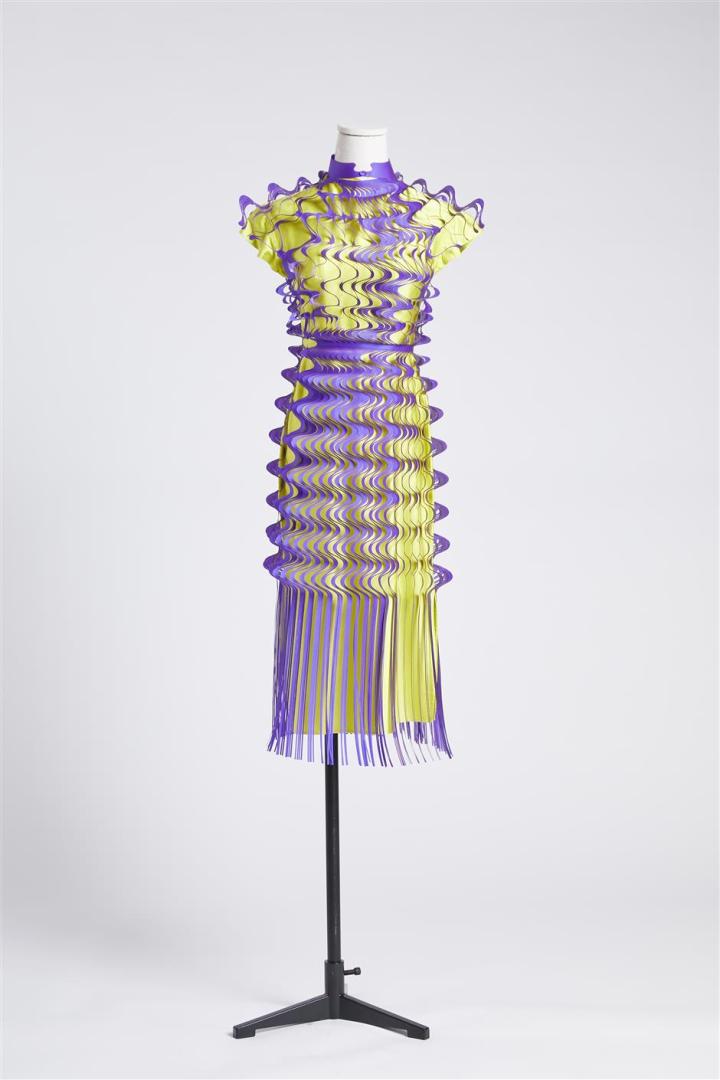 Yu Hua created the qipao"Volunteer for the Mission to Meicheng" to mark the COVID-19 outbreak in 2020. Meicheng, which in Chinese translates as "plum blossom city," alludes to Wuhan because the plum blossom is the city's official flower.

The clothing has a huge crimson plum blossom motif, which exudes a vibrant life force. The plum blossom symbolizes strength, resilience and renewal. It is greatly admired by the Chinese. In their minds, plum blossoms are a metaphor for revolutionary energy as well as a symbol of winter and a sign of spring.

Yu designed the qipao in 2020 when the pandemic broke out.

Lin Ruiwan designed a qipao in the 1920s style. Lace and hand-sewn orchid embroidery are used to create the stand collar and body-hugging one-piece dress. Such traditional garb has evolved into fashionable attire for wedding celebrations.

As one of the "four gentlemen," along with the chrysanthemum, plum blossom and bamboo, the orchid has long been revered in the Chinese culture. In songs and ink-wash paintings, people praised its exquisite beauty. The orchid pattern embodies the purity of the dress.

A century ago, qipao was fashionable. Stand collars, trumpet sleeves, straight silhouettes and little slide slits were characteristics of the original style. The designs, however, were loose and didn't follow the contours of women's bodies.

Western-style fur jackets and cloaks have been combined with qipao by today's designers. Sometimes sleeves were puffed with folds like in the West, but collars, sliding slits and buttons were created in the traditional manner. 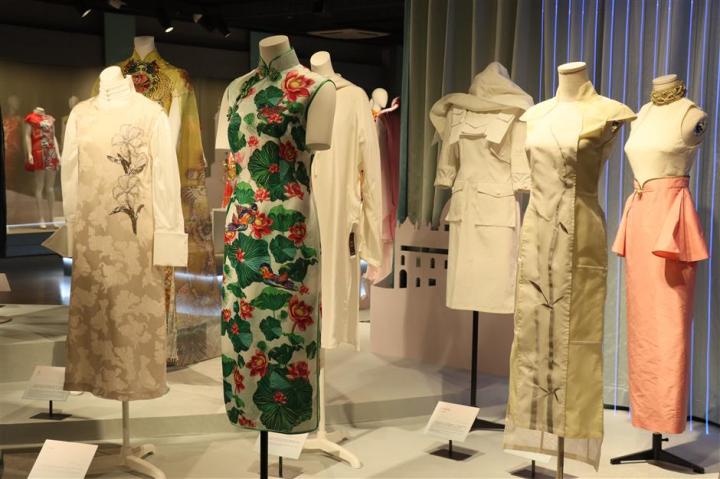 Some chic and fancy qipao, featuring a mix of textures and styles, are on display at the annual Global Qipao Invitational Exhibition.