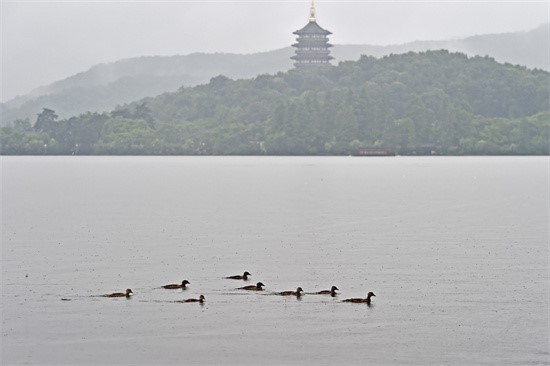 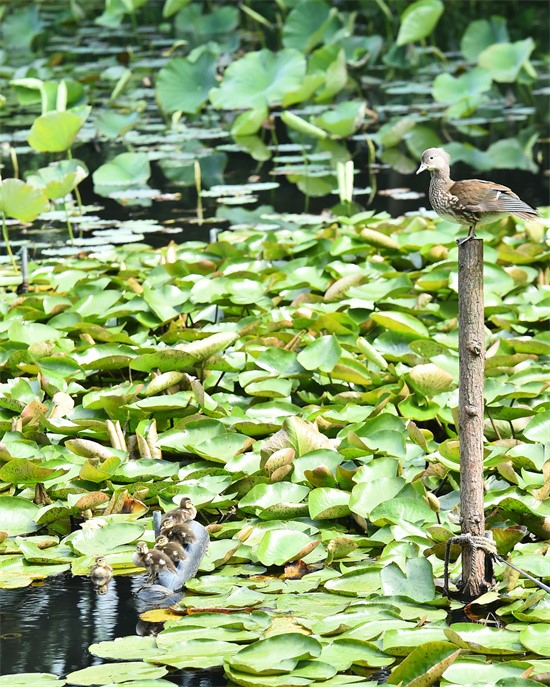 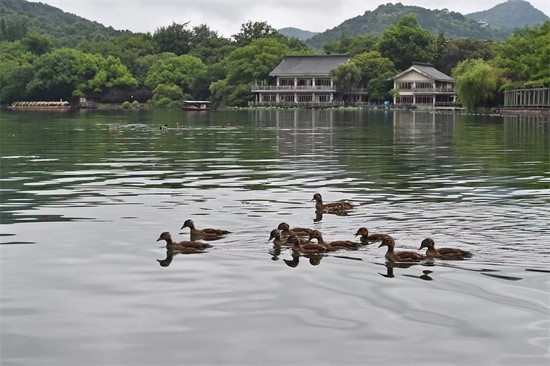 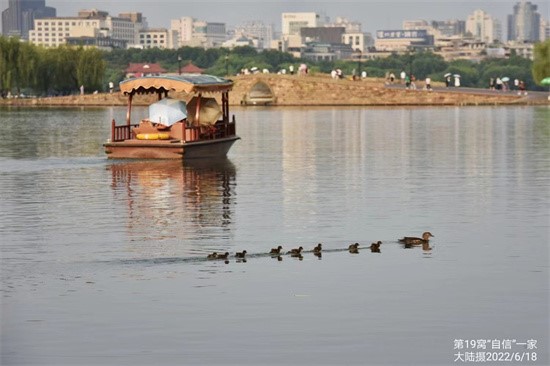 As the mandarin ducklings are getting familiar with the West Lake, their lively images can be found around Long Bridge at Outer West Lake as well as in Yongjin Park Area, Little South Lake and Maojiabu for the first time this year.