The Zhejiang Professional Football Club, which has returned to the Chinese Super League (CSL) after six years in the lower tier, is aiming for a top 10 finish in the upcoming season which kicks off on Friday, local media reported on May 31.

Zhang Yadong, the president of Zhejiang FC, said the club is planning to set up a women's team in the second half of this year.

He added that the club can contribute to efforts to lift the national soccer industry out of its current financial woes. 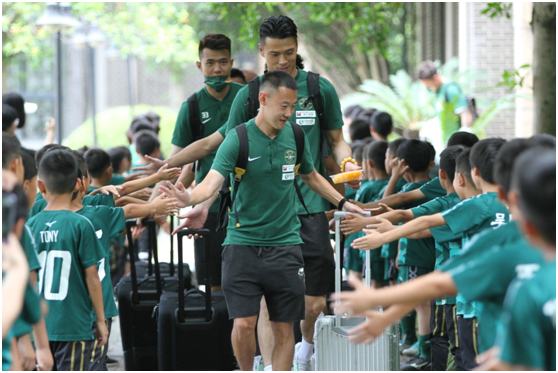 Fans sends Zhejiang Professional Football Club off in Hangzhou on May 26. [Photo/hangzhou.com.cn]

The new CSL season will continue to adopt the tournament-style format used throughout the pandemic, at least for the first phase of the season.

The league has announced that a return to the traditional home-and-away format is possible later this season, depending on the pandemic situation.