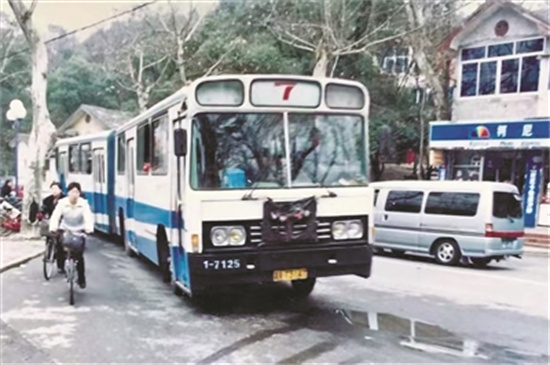 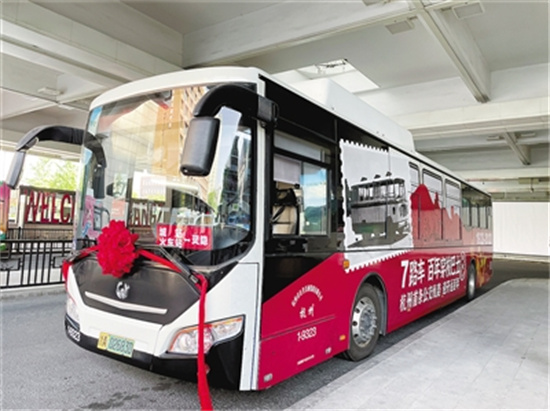 In the winter of 1922, Hangzhou launched its first bus route from Hubin to Lingyin. That is the predecessor of the present No.7 Bus. Time flies! One hundred has elapsed in a flash, but No.7 Bus is still shuttling through the streets and alleyways of the city.

In 1950s, the route of No. 7 bus was extended from Hubin to Hangzhou Railway Station to facilitate non-local tourists heading for the West Lake. After China's reform and opening up policy, No.7 bus was re-routed by way of Beishan Street in response to the government's protection of the West Lake.

With the increasing reputation of the West Lake and the increasing number of passengers in the 21st century, No.7 Bus has always been among the first to introduce new facilites. From English-language stop announcement, air conditioners to the electric vehicles now, so as to better serve domestic and overseas tourists.

Yesterday morning, four custom-made "time-travel buses" featuring retro vehicles, vintage ornaments and memorial documentary appeared at Hangzhou Railway Station to show the evolution of Hangzhou public transport and the development of the city in the past century.