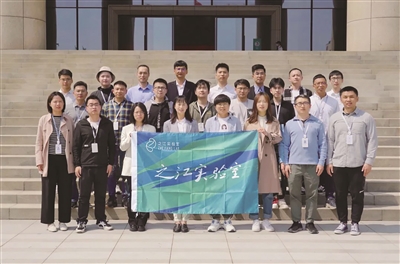 The award-winning team from Zhejiang Lab

The annual winner list of the China Youth May Fourth Medal, a top honor for outstanding young Chinese, was announced on May 3. A total of 122 individuals and 33 groups were on the list.

The Research Center for Intelligent Supercomputing of Zhejiang Laboratory recommended by Yuhang District, was the only team from Zhejiang Province that was awarded.

The team that has been making huge leaps forward on intelligent computing was established in April 2021 and around 90% of the team members are aged under 35.

Joined by several domestic institutions, the research center won the 2021 Association for Computing Machinery (ACM) Gordon Bell Prize for their project. They used the sampling of quantum states of a random quantum circuit as an example problem for closing the hotly debated quantum advantage and reduced the simulation sampling time to 304 seconds from that previous estimate of 10,000 years.