HAGOC has been organized a series of related public welfare activities.

It launched the 2022 Asian Games Aspirations program last year to collect the dreams and aspirations of people across the world. According to a committee spokesperson, the program has garnered more than 200,000 submissions thus far.

As a subproject of the 2022 Asian Games Aspirations program, the Asian Games Football Dream Project began on April 19,2018.

It has since recruited 2,000 schools throughout Asia, and 500 of them have received support from the Hangzhou Asian Games.

The organizing committee teamed up with the Alibaba Foundation to create an online public welfare platform on Aug 8, 2020. More than 20 million people have participated in public welfare activities through the platform so far.

The public welfare activities of the Hangzhou Asian Games have reached 30 provinces in China, as well as countries such as Japan and Malaysia, with more than 400 million online and offline participants. 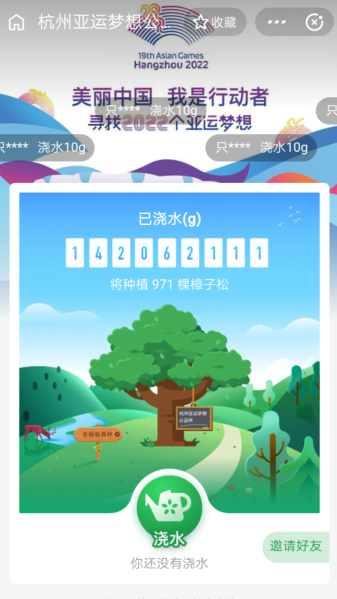