An annual awards ceremony for entrepreneurs who have made outstanding contributions to economic and social development in 2021 was held in Hangzhou, capital of East China's Zhejiang province on Jan 13.

Ten businesspeople who have led their teams to make breakthroughs in various areas such as digital reforms, new energy, new materials and new infrastructure in the province won prizes. They were hailed as role models, fulfilling an entrepreneur's responsibilities of pursuing higher goals and serving the country.

Zhejiang is widely regarded as being an economic powerhouse in East China and a leading force in the country's private economy. People who run businesses there are said to be witnesses and contributors to the regional development.

During the ceremony, Zhejiang entrepreneurs also announced the start of a campaign to help mountainous areas in the region achieve high-quality development and common prosperity. 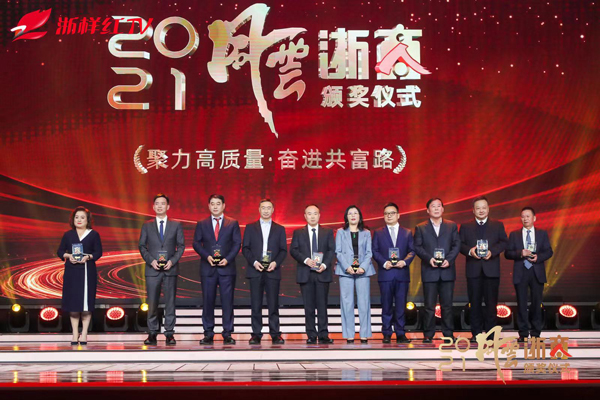