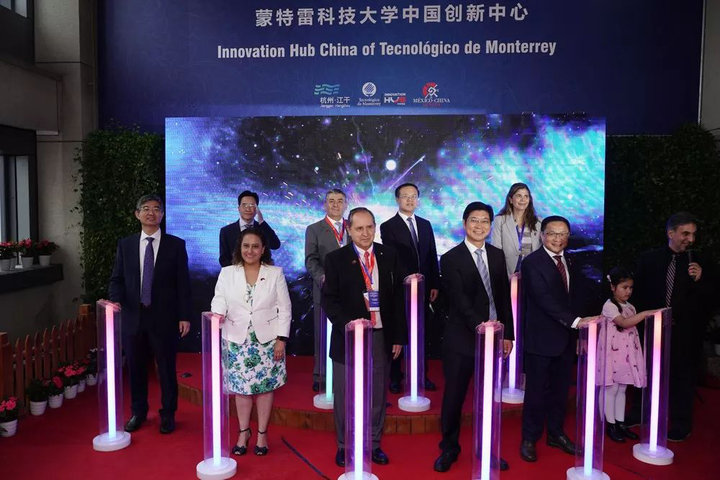 Representatives launch the MexicoChina Center, also known as the Innovation Hub China of Tecnológico de Monterrey, on May 16, 2019. [Photo provided to ehangzhou.gov.cn]

Zheng Rongxin, president of the Hangzhou Council for the Promotion of International Trade, top officials from the council, representatives from 18 foreign trade agencies in Hangzhou, and 11 companies attended the event.

Attendees discussed how to promote trade cooperation and exchanges in 2021, which marks the start of the national 14thFive-Year Plan (2021-25).

Zheng said that the Hangzhou Council for the Promotion of International Trade is willing to be a close friend to global trade agencies in Hangzhou.

He added that the council will hold diversified activities to facilitate international exchanges between trade agencies.Zheng expressed his hope that both parties can work together to boostHangzhou's internationalization efforts.

The center's goal is to find technical and commercial partners for scientists and introduce Mexico's technology to the Chinese market.