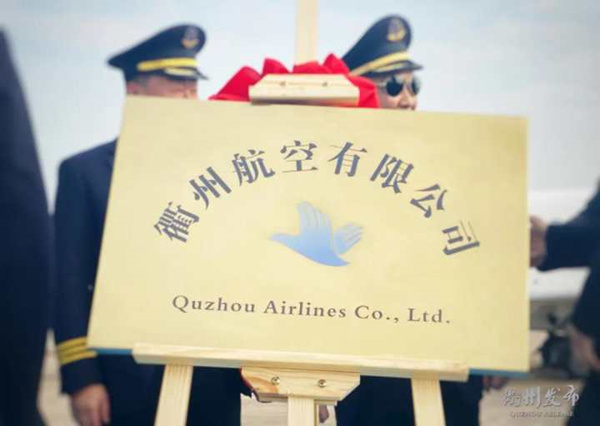 A CRJ-900NG plane from Chongqing landed at Quzhou Airport on the morning of Dec 16. On that same morning, Quzhou Aviation Co Ltd was officially inaugurated.

Quzhou Airlines is a joint venture which is part of the city's plan to build a regional aviation hub.

On the same day, Quzhou bought three aircraft from China Express, a giant airline company, including the CRJ-900NG plane, which will be put into service immediately after delivery.

After flights from Quzhou to Zhoushan, both of which are in Zhejiang province, resumed as normal Nov 11, the airport added more flights from Dec 17 to March 27. The flights will depart from Quzhou at 6:35 pm and arrive in Zhoushan at 7:30 pm. The return flights will depart from Zhoushan at 8:10 pm and arrive in Quzhou at 9:05 pm.