When Asian Paralympic Games Hangzhou 2022 has counted down to 200 days, Li Zhangyu, a native of Lin'an and champion of Paralympic Games, was employed as an online publicity envoy for "Coming to Lin'an to watch the Asian Games".

In his over-ten-year struggle in the sporting world, Li won many championships atParalympic Games, the National Games for Persons with Disabilities, and Cycling World championship. His persistence has attracted much public attention. Li expressed his excitement of being an online publicity envoy and he will do his utmost to make Asian Games Hangzhou 2022 and his hometown known to the world

Lin'an Sports Culture & Exhibition Centre will host two events in the upcoming Hangzhou 2022, namely wrestling and Taekwondo, where 31 gold medals are expected to come out, including 18 for wrestling and 13 for Taekwondo. 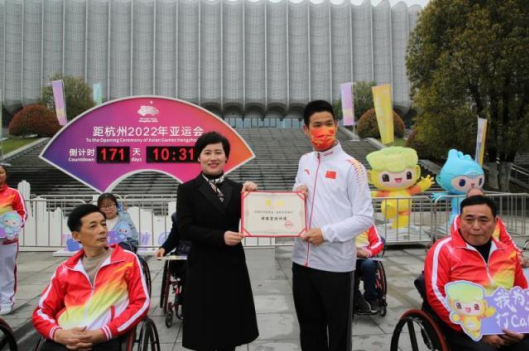