The floor of the passage was repaved with marble tiles, and a yellow plastic sidewalk for the blind has been introduced. LED lights have also been installed, making the passage brighter.

Signs related to the Asian Games Hangzhou 2022 have been installed on walls to guide tourists and promote the upcoming Games.

Three elevators for the people with disabilities have also been installed.

The passage under the Wulin Square was built in June 2005, with the eastern side of the passage extending nearly 190 meters and the western side extending about 120 meters.

According to officials with the Hangzhou municipal facilities management center, the renovation project of the passage was launched last November as part of the preparations for the Games. 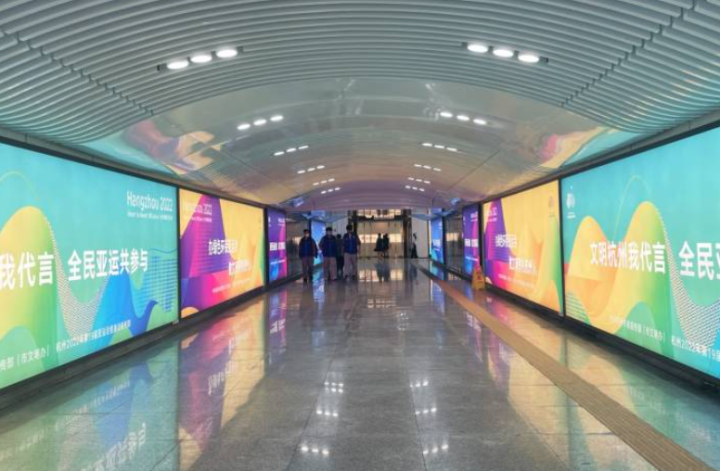