A total of 77 valuable relics are exhibited for the first time at Hangzhou Museum from Nov 13 to February 13, to celebrate the museum's 20th establishment anniversary.

The exhibits include gold items which were used as currency in the Southern Song Dynasty (1127-1279).

These golds were found in Hangzhou, 1999. They weigh 35 to 40 grams in average and were valuable but easy to carry or separate, according to Xu Ying, director of the museum's collections management department and organizer of the exhibition.

Another heavy-weight exhibit is an incense burner crafted in the famous Longquan Kilns. Longquan Kilns were mainly used to serve the royal families during the Song and early Ming (1368-1644) dynasties, before celadon became a pillar of overseas trade in the 12th to 15th centuries.

"The exhibits also include paintings, seal cuttings, and intangible cultural heritage items from the Neolithic period, which in China is roughly defined as between 10,000 and 4,000 years ago, to the 21st century," added Xu. 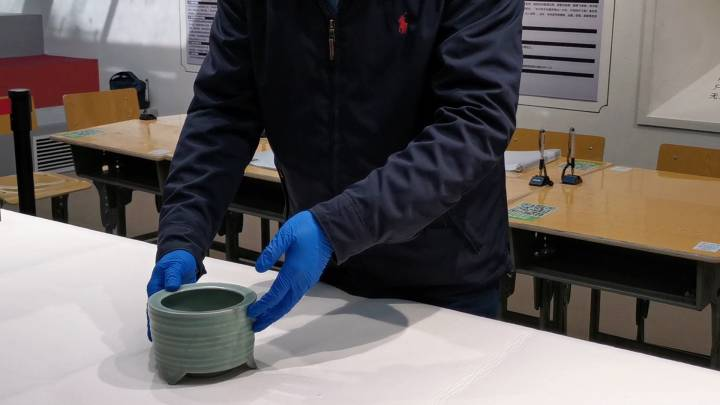