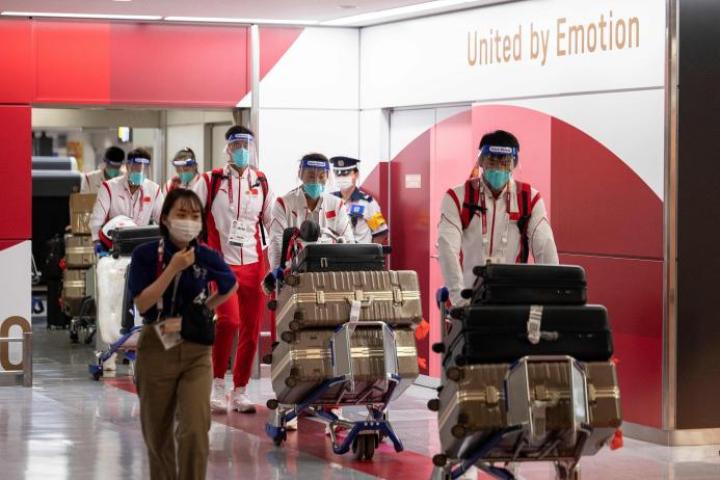 Chinese athletes at the Tokyo 2020 Olympic Games are all equipped with suitcases designed by Just Real, a company based in Hangzhou, East China's Zhejiang province, local media reported on July 28.

Located in E-Fashion Town in Yuhang district, Just Real was founded and chaired by Hangzhou native And Mao, who graduated from the Zhejiang University.

"The suitcases used by Team China feature elements of the 5,300-year-old Archaeological Ruins of Liangzhu City in Hangzhou, which is on the UNESCO World Heritage list," said Mao when interviewed by local media on July 19.

For the Tokyo 2020 Olympics Games, the company offered Chinese delegates a total of 1,600 suitcases in two different sizes.

The Just Real brand was a suitcase supplier for Team China in Rio 2016. It has also been permitted to produce suitcases and bags for the Asian Games Hangzhou 2022.