Liangzhu Museum in Hangzhou, Zhejiang province, along with 110 other institutions, was named as demonstration bases for patriotism education by the Publicity Department of the CPC Central Committee, local media reported on June 22.

The museum, designed by British architect David Chipperfield, comprises four long buildings. Wandering about the museum, visitors get to learn about the stories of jade, the life of Liangzhu people and the structure of the ancient city.

Through advanced technologies, the three major exhibition halls demonstrate the elegance and interesting characteristics of Liangzhu culture. Various kinds of jade articles from the Liangzhu era are exhibited to showcase the origins of the people's worship for jade culture. 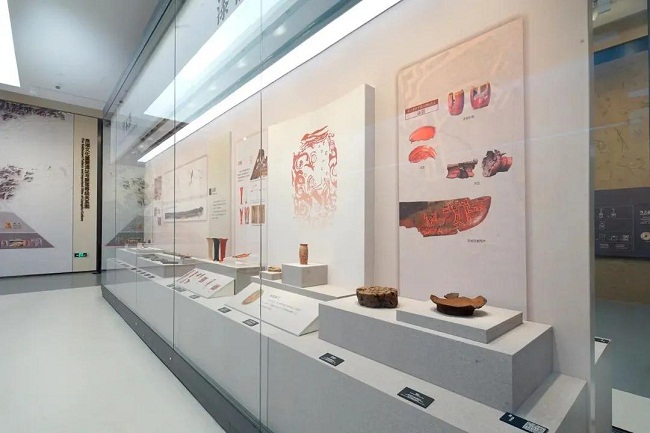 Liangzhu Museum has been named as a demonstration base for patriotism education. [Photo/WeChat account: hzfbwx]