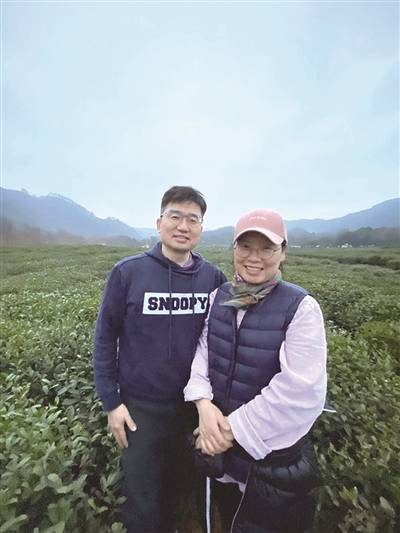 Song Jung-keun and Kim Ji-sun, a couple from South Korea, take a photo at a tea plantation in Hangzhou. [Photo/Hangzhoufeel]

Song Jung-keun and Kim Ji-sun, a couple from South Korea, have played an active role in promoting cultural exchange between Korea and China, local media outlets reported on April 9.

Song, the husband, is currently the chief operating officer of the Hangzhou-based Sino-Korea Life Insurance.

For example, the company has worked with Hangzhou Yanglingzi School since 2017 to publish calendars drawn by students there every year.

"I was impressed by a gifted boy who painted with bold colors. But his talent made me concerned about what he could do after graduation and I hope to help people like him realize their goals," Song said.

Song's wife Kim found that writing was an effective way for her to carry out cultural exchange with China.

She turned her experience living and working in China into a book entitled Yeoruem's Mother's Vivid Chinese Report, a children's non-fiction book that introduces Chinese culture and society in Korean and aims to help primary and middle school students better understand their neighbor. 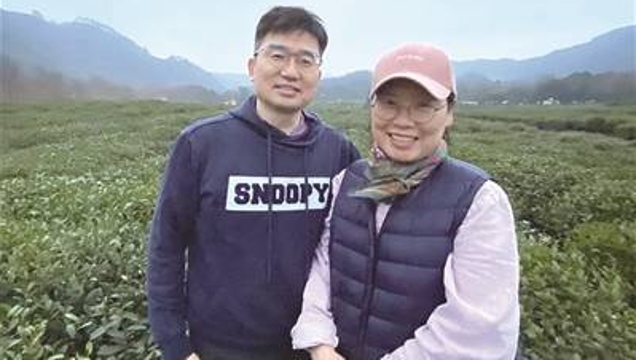