“It really gives me a headache on the metro when annoying music or loud phone calls are belting out from devices.”

In response to the complaints, Hangzhou has recently updated rules for metro riders that amplified sound such as speakers is prohibited. 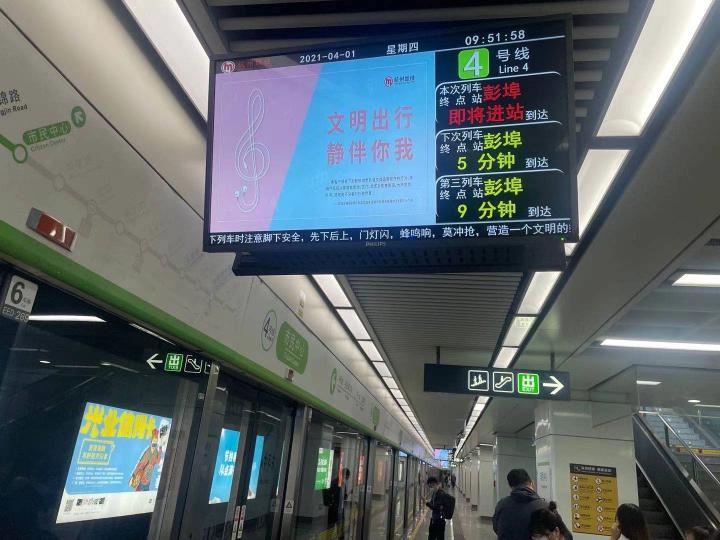 Passengers who use speakers would be urged to wear headphones by conductors and volunteers. 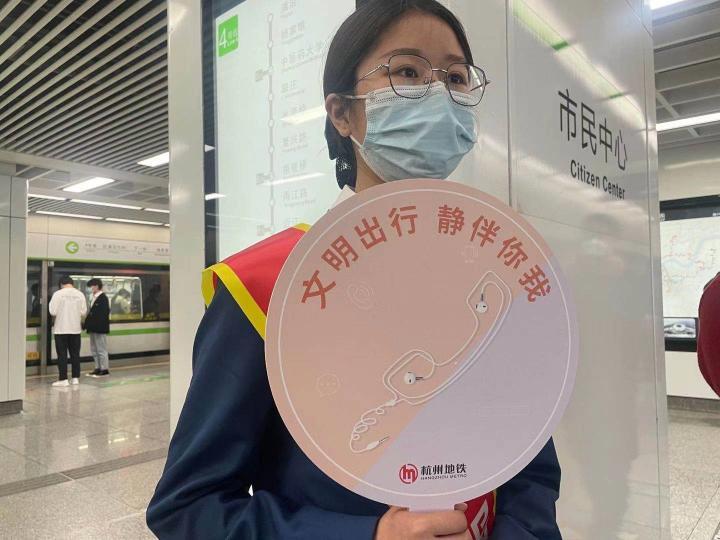 Metro etiquette posters and signs have been put in the metro stations since yesterday. Announcements are being broadcast to bring clearer messages to the riders.

According to Xu Pingping, an officer from Hangzhou Metro, many metro riders have been using devices without headphones and at a high volume, especially when the metro carriages are less crowded.

Similar public service announcements in the metro have seen good results. Half a year after the campaign in an effort to encourage metro riders to carry their bags in the front, most of them are now doing so without a reminder.