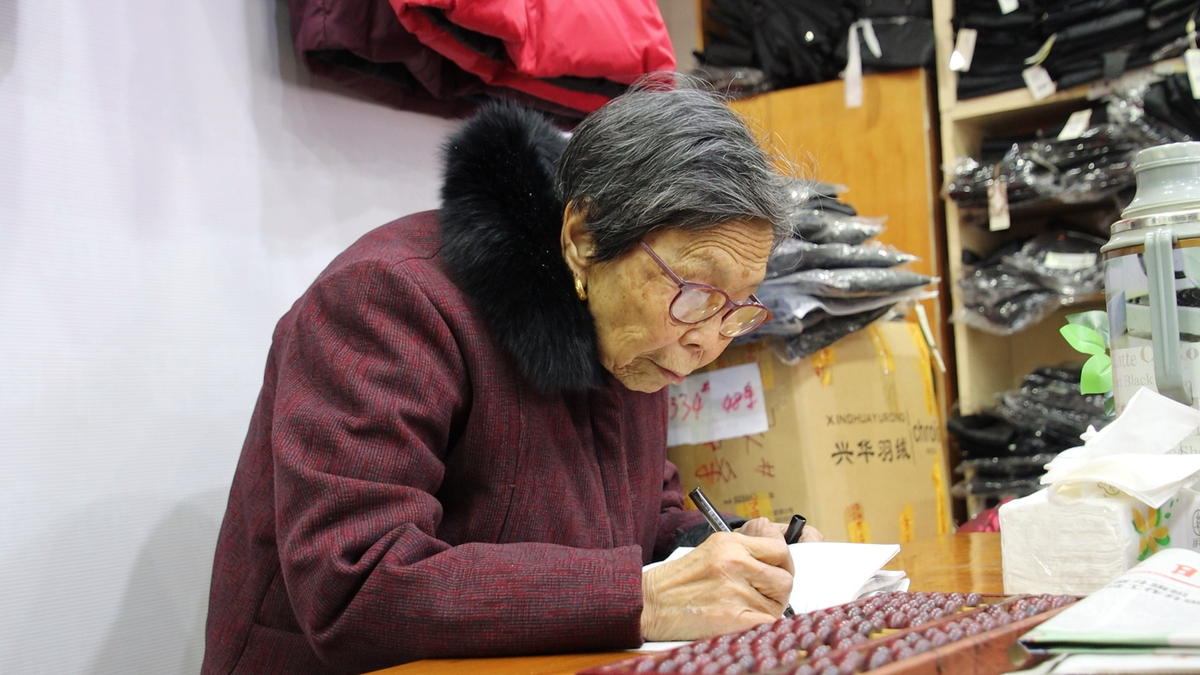 Chen Jinying keeps accounts of her sales at her apartment in Lishui, Zhejiang province. [Photo provided to China Daily]

It took Chen Jinying 10 years to finally pay off her debt, and now she feels completely relieved and carefree.

"You have lent me money for so many years. Now I have the money to pay you back," she told him. "I'm so happy this year."

Over the past 10 years, Chen, nicknamed "Granny Integrity" for striving to pay off her debt, has returned 20.77 million yuan to her lenders, local media reported.

Chen used to be a doctor of traditional Chinese medicine in Lishui, Zhejiang. She discovered there was a gap in the market for down coats for elderly people in the 1980s, so after she retired in the early '90s, she launched her own company to make such coats.

Things went well for a while. At the peak of her business, her factory covered a space of 1,000 square meters, the annual output value surpassed 10 million yuan and she had more than 100 workers.

Chen was active in public welfare, donating 570,000 yuan and down coats worth several hundred thousand yuan. Her office walls were covered with certificates of merit.

But in 2011, the company encountered poor sales. She was forced to sell her factories for 9 million yuan and had more than 2 million yuan in debt.

In 2012, Chen rented a factory to produce the coats, hoping sales would rebound so she could pay her debts with what she earned. Instead, her stock grew, and soon she was no longer able to pay her workers. She halted production in 2016.

Chen sold two apartments she had downtown to help repay her loans, but she still owed money to banks and other private lenders.

Some people suggested she file for bankruptcy to avoid paying the debt, but she refused to do so.

"I wanted try my best to pay off the debt. Otherwise, I knew I wouldn't feel at ease," Chen said.

She began taking her coats to parks and downtown areas to sell them, even on cold winter days. Unable to rent a space, she later transformed her 80-square-meter apartment into a store, using the bedroom as a warehouse and hanging her coats－now priced below cost－on her balcony for customers to pick.

Chen's story gained media attention. When asked if she worried about having so much debt, she replied with a smile that worrying would not help her situation.

"I have to keep myself healthy so I have the ability to pay back the loans," she said.

People were moved by her perseverance and integrity and came to her aid.

In 2017, volunteers and livestreaming hosts came to her house to help her sort inventory and promote sales. Local e-commerce store Beishanlang placed her coats for sale in its online store, and hundreds of vendors on e-commerce platform Taobao donated the prime positions of their online stores for one day to products.

"People cared for me, and I want to pass on that care," she said.