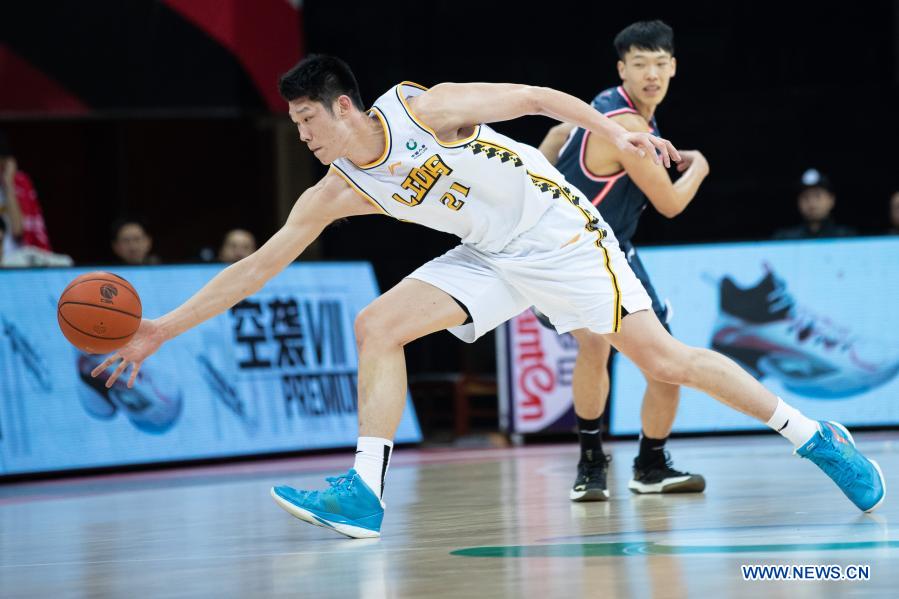 Hu Jinqiu (L) of Zhejiang Lions takes the ball during the 20th round match between Guangdong Southern Tigers and Zhejiang Lions at the 2020-2021 season of the Chinese Basketball Association (CBA) league in Zhuji, east China's Zhejiang Province, Dec. 19, 2020. (Xinhua/Wu Zhuang)

Center Miroslav Radulica and Hu Jinqiu each finished with a team-best 27 points, while Zhao Yanhao notched 19 points for the Lions.

The Lions came from behind to tie it 117-117 after Zhao Yanhao made both free throws with 42 seconds remaining. Guangdong retook the lead after Ren Junfei made a jump shot to make it 119-117 with 22 seconds on the clock.

The Lions had an opportunity to tie the score again but Radulica missed the jumper. Guard Zhao Rui grabbed the decisive rebound, leaving the Lions with no chance to reverse.

Guangdong started the game with an 8-0 run and led 32-22 in the first quarter.

Brooks, Hu Mingxuan, and Ren Junfei combined for 27 points, giving Guangzhou a 73-54 lead at the break.

The defending champion had the game's biggest advantage of 78-54 early in the third quarter after Hu hit a 3-pointer. But the Lions came back strongly with a 17-0 run, including three 3-pointers to cut the deficit to six points.