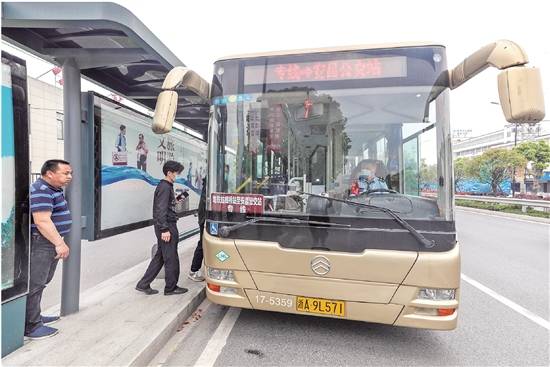 A terminal bus that departed from Anchang Station in Keqiao district, Shaoxing arrives at Guniangqiao Station in Xiaoshan district, Hangzhou on March 29. [Photo/shaoxing.com.cn]

In April 2020, a similar line was launched to connect Shaoxing Railway Station and Guniangqiao Station. "The tickets are always sold out during rush hour and half of the passengers work in one city but live in the other," said bus driver Sun Jianxin.

According to Shaoxing's "comprehensive transportation plan (2021-50)", the city will offer a "3-3-6" transportation model that would allow for a 30-minute travel between any two places in the city and from Shaoxing to Hangzhou or Ningbo, and a 60-minute commute to Shanghai.