"Temple on the hill in Hangzhou," an aerial photo of Chenghuang Pavilion on the top of Hangzhou's Wushan Mountain, was picked as "Photo of the Day" by Smithsonian Magazine on Jan. 25.

It was taken by Vitaly Golovatyuk, a photographer and videographer from Vladivostok, Russia.

First published in 1970, Smithsonian is the official journal published by the Smithsonian Institution in Washington, D.C. Every year since 2003, Smithsonian Magazine has run an international photography contest and received tens of thousands of pictures from over a hundred countries. This year, the 18th annual photo contest has just been closed, and the finalists will be announced soon.

Vitaly has submitted over 30 photos, and three of them were selected as "Photo of the Day" by the magazine, including the above mentioned picture of Hangzhou's Chenghuang Pavilion taken in July 2019.

Another stylish magazine, the Photogrist Photo Magazine, once regarded him as a "talented self-taught photographer". Vitaly started his career in video producing in Russia and learnt from some friends who were working in advertisement and creating promotion videos.

In 2009, Vitaly came to China to study in Changchun, the capital of Northeast China's Jilin Province and received a Master's Degree in IT and economics three years later. He then worked in Beijing before moving to Shanghai.

He was introduced to Instagram in 2013, and that was what really pushed him into photography.

2013 also marked his first-year being engaged in aerial photography in Shanghai. He used to hang out with friends who had a drone, and sometimes he might hire one from others to shoot for his own projects. In 2015, while he was recovering from an accident, he bought himself the first drone, and that was how the Russian started his aerial photography journey. "It was one of the best decisions back then," said Vitaly.

Vitaly does a lot of preparations and research behind each shoot. He may choose a subject from news or recommendations from friends. As for the Chenghuang Pavilion, he first saw it on the news in 2018. After a friend showing him some pictures that intrigued him, he started digging into it online.

During his first trip to Hangzhou in that year, he took the shots of the Pavilion at sunrise. It was gorgeous. The photo was shared on his Instagram page with the caption: "Just got back from jungle getaway and sky was lit the other day." Cloudy as the day was, the sun shined through the clouds, and the pavilion sparkled.

The magazine-picked photo was taken during his fifth trip to Hangzhou and the second time to capture the Chenghuang Pavilion. The photo was taken at dusk when he was on the way towards it. "I was running to get the shots before it was too late. I decided to just take off where I was," said Vitaly.

"Probably I'm too fascinated by the architecture," he joked about his two journeys for framing this place. "Since the building is located on top of the mountain, with a right angle, it is like in the jungle, which is unique."

After posting his series of Chenghuang Pavilion on his Instagram page, he got lots of thumbs-up and comments like "Beautiful shot in the beautiful city", "Those colors are really popping off the building!", "Superb shot" and his fans kept asking about where the cool place was.

The residential community at the foot of Wushan Mountain was also appealing to Vitaly. He really enjoyed being there in the very early morning when the busy area got so empty and tranquil.

He also mentioned that most of his memories of Hangzhou were somehow related to the woods and nature. Besides the pavilion, he also went to capture a disused train in the forest at the foot of the Mantou Hill（馒头山）a couple of times.

"The last train is not going anywhere," once he posted the photo on his social media and received as many comments due to the unique perspective and hue of the photo.

Though most photos he posted are taken from the air, he loves traditional photography and aerial photography equally. He started by doing portraits and tried architecture photography, and then he turned to urban and travel photography, fine-art photography, and conceptual photography. However, there is always something that can only be better viewed from above and recorded by his drones, so the man shoots with both his cameras and drones when he comes up with good ideas.

Vitaly named himself "Panvelvet" on social network. When he was in the university in Russia, he used to have around five pairs of the same cool velvet Vans slip-on. One of his friends from Poland was always calling him Pan Velvet every time she saw him wearing the shoes (Pan means "Mister" in Polish).

As an aerial photographer, his special compositions and hues attracts thousands of followers. He also enjoys the works of some photographers, but is hardly influenced by them, "simply because I'm just trying to be me and create something new," he added. 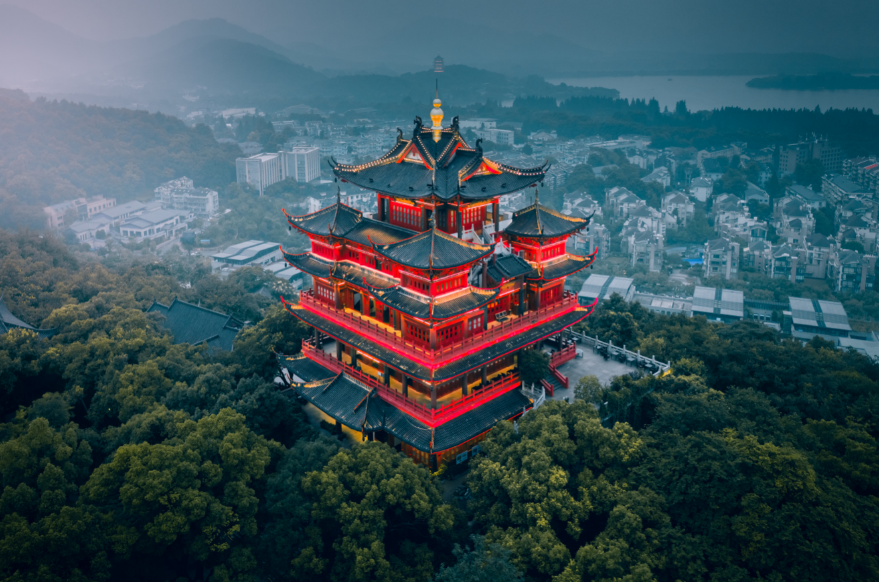