From Fengshan Water Gate to the Stone Pillars of Brahma Temple nestled half way in the Mantou Mountain, the international residents in Hangzhou invited by Hangzhoufeel had a time travel in search of Southern Song Dynasty, digging the stories that lay unexplored.

The event on last Saturday was co-sponsored by Hangzhou Municipal Bureau of Culture, Radio, TV and Tourism. 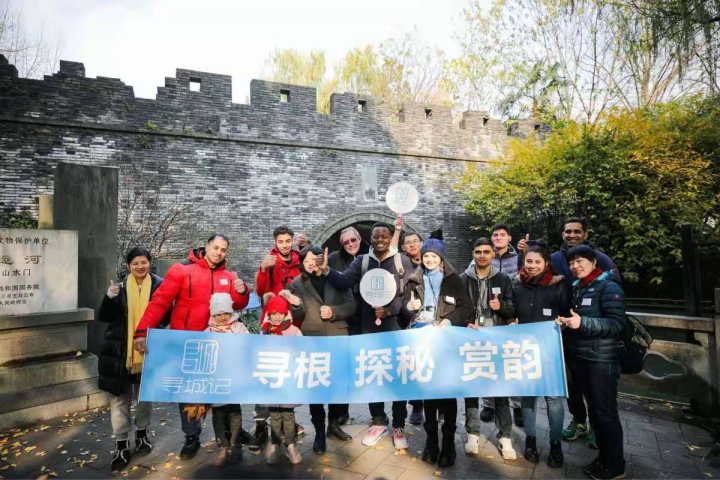 "Fengshan Gate is the only ancient water gate in existence which can be dated back to Yuan Dynasty," Xu Yuefeng, a Southern Song culture scholar and Secretary General of Literature and History Research Association of the CPPCC in Shangcheng District, pointed to the important relics, stones and walls to attest the history, to which one would not pay attention otherwise. "Not far to the north lies the Liubu Bridge. Its name, Liubu, was given for its being close to where the dynasty's Three Departments and Six Ministries were located." 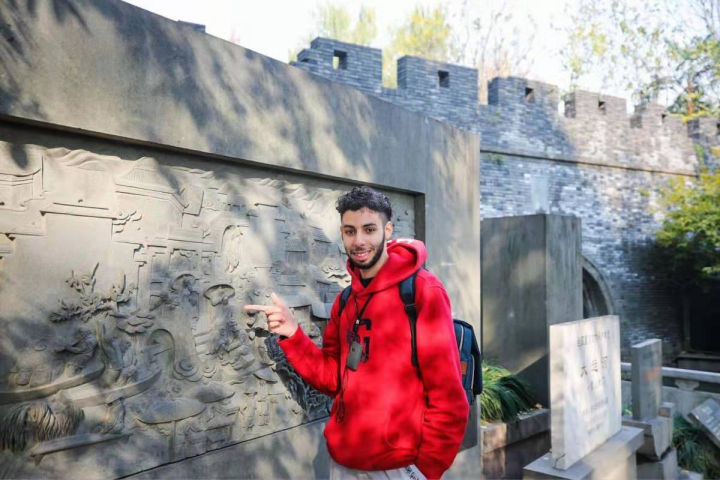 67-year-old Christian Fardel, an expert of Ancient Chinese Maritime from France said the trip was a real discovery for him. "As much as I knew the importance of the Grand Canal, it was beyond my knowledge that the road and maritime silk roads were connected by the Hangzhou end of the Canal." Having his most notable translation work History of Ships in the Ancient China published, Christian is working on a more challenging translation Guangxi Maritime Silk Road to tell more of the Chinese maritime stories to the world.

"Why did the emperor prefer the mountain to the West Lake for his palace?" Neli, one of the very few foreign students in Zhejiang University who major in Modern History of China, had a keen interest in the reasons behind. "The economic power of Southern Song was so weak that the authority chose to place its palace over the existing Wuyue Empire prefecture compound," explained Xu, "In the time of Wuyue Empire, the emperor didn't want to risk the lives of ordinary people for land reclamation from the West Lake."

Such stories as what disasters Stone Pillars of Brahma Temple has survived in such a long time and how the imperial test was given at Donghua Gate kept these Chinese culture enthusiasts spellbound, among whom the youngest were the twin sisters who had been just enrolled in a local elementary school this year. 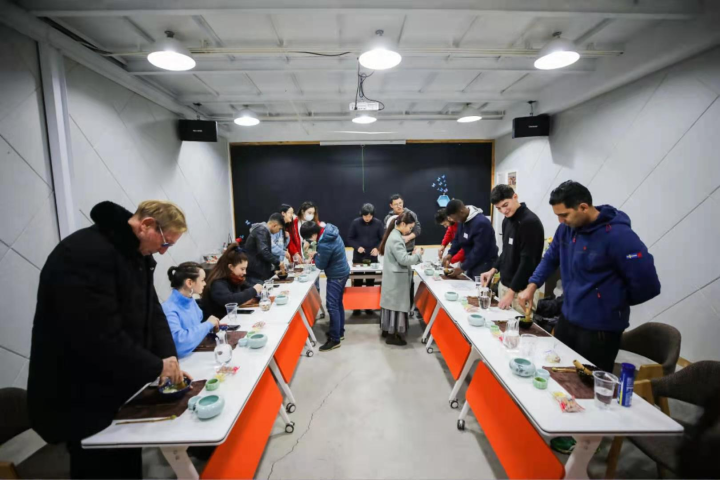 Tea brewing, flower arranging, painting appreciation, and incense burning gave rise to the Song Dynasty slow life aesthetics, an emblem of Chinese Jiangnan culture. The tea whipping ceremony in the late afternoon was a re-occurrence of how a cup of tea was made in Song Dynasty. "After the bowl is warmed by both hands, place scoops of tea powder into it, and pour hot water in from an ewer." "You will not make the finest froth on the top until you feel really calm inside." 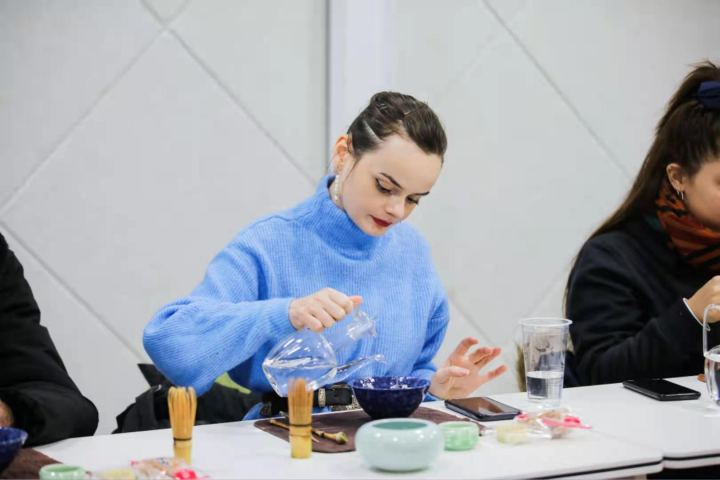 As the most pervasive activity among the Song Dynasty life trivialities, the art of whipping and painting on tea impressed the modern international visitors. Around 900 years ago, Song Dynasty Emperor Huizong, a great connoisseur of tea, wrote the book The Treatise on Tea, where he provided the most detailed, vivid and masterful description of the technique of tea spotting. Michael Fartaoui from France was surprised to find the fact that the latte art developed in the West has long existed in China since Song.

Eric Mupona from Zimbabwe has long been volunteering in Hangzhou as an international student. "This is my first time to attend this kind of activity. It is very essential for us as expats to practically learn and appreciate the uniqueness of Hangzhou culture and its long history."