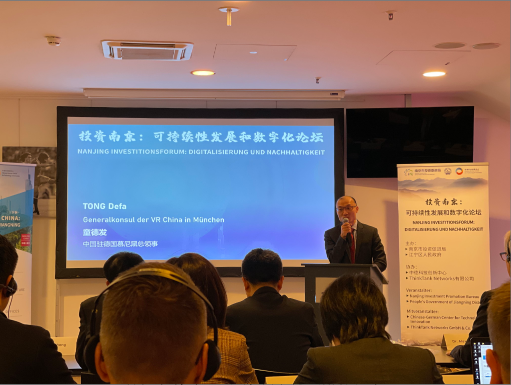 Zhejiang Province, a foreign trade powerhouse in eastern China, plans to arrange overseas business trips for at least 10,000 trade-oriented enterprises by the end of 2023, the provincial commerce department said.

BRUSSELS/HANGZHOU, Dec. 20 (Xinhua) -- As the world's second-largest economy has optimized its COVID-19 response and vowed stronger support for economic growth, many Chinese provinces and cities have sent trade delegations to Europe, striving to fortify business ties with their European peers.

Nanjing, an eastern city that served as China's capital in history, is among the first to expand its international merchants' network by sending a team of five business and trade officials to France and Germany earlier this month.

The delegation hosted a conference in Frankfurt on Dec. 11 for Chinese and European businesses to carry out face-to-face exchanges in science, technology, innovation and investment.

Michael Borchmann, former head of the European and International Affairs Department of the federal German state of Hesse, was present at the conference. He said he appreciated Nanjing's efforts to take the lead in restarting face-to-face communication after the COVID-19 pandemic.

"Nanjing presented itself as a city with a great past and a present characterized by high-tech and modernity," he said. "This city is of great attractiveness for German companies."

"We understand that we are considering the next step of international strategic layout, and we will drive more upstream and downstream enterprises to settle in Nanjing around production line expansion and other related preparations," he said.

Zhejiang Province, a foreign trade powerhouse in eastern China, plans to arrange overseas business trips for at least 10,000 trade-oriented enterprises by the end of 2023, the provincial commerce department said.

The past two weeks have seen entrepreneurs from Zhejiang attend trade fairs, establish contacts with potential customers and engage in business negotiations in various countries including France, Germany, Japan, Indonesia and the United Arab Emirates (UAE).

The trips are part of a campaign initiated by Zhejiang's commerce department earlier this month to boost business orders and expand markets for the province's vast number of trade-oriented enterprises.

Berkan Uenal, business development director of Biologics & Gene at Genscript Biotech Corporation, said he was very happy to welcome the Chinese delegation to Germany. The trade exchange meetings offer good opportunities to promote the development of all-round strategic partnership between the two countries, he said.

Zhao Wei, general manager of Nanjing-based Sumec Textile & Light Industry Co., Ltd., visited business clients in London and Portsmouth over the past two weeks. "Despite their sales pressure, British clients still want to strengthen ties with Chinese enterprises because we have proven to be reliable suppliers with reasonable prices."

Zhao expects a 10-percent increase in orders placed by British clients next year.

Nearly 30 Irish companies were operating in Shenzhen by the end of last year. Meanwhile, there are more than 40 Chinese companies in Ireland with over 3,000 employees and they have contributed to Ireland's economic and social development, Paraic Hayes, director of Asia Pacific at IDA Ireland, a government agency responsible for attracting foreign direct investment into the country, told Xinhua.

Hans Duisters, a Dutch winner of the 2022 Chinese Government Friendship Award and CEO of Jiangsu JITRI Sioux Technologies Co., Ltd in the eastern China city Suzhou, personally organized and received an economic and trade delegation from Suzhou in the Netherlands.

He expressed belief that further high-tech cooperation between the Netherlands and China will not only achieve mutual benefits and win-win results, but also make the world a better place. 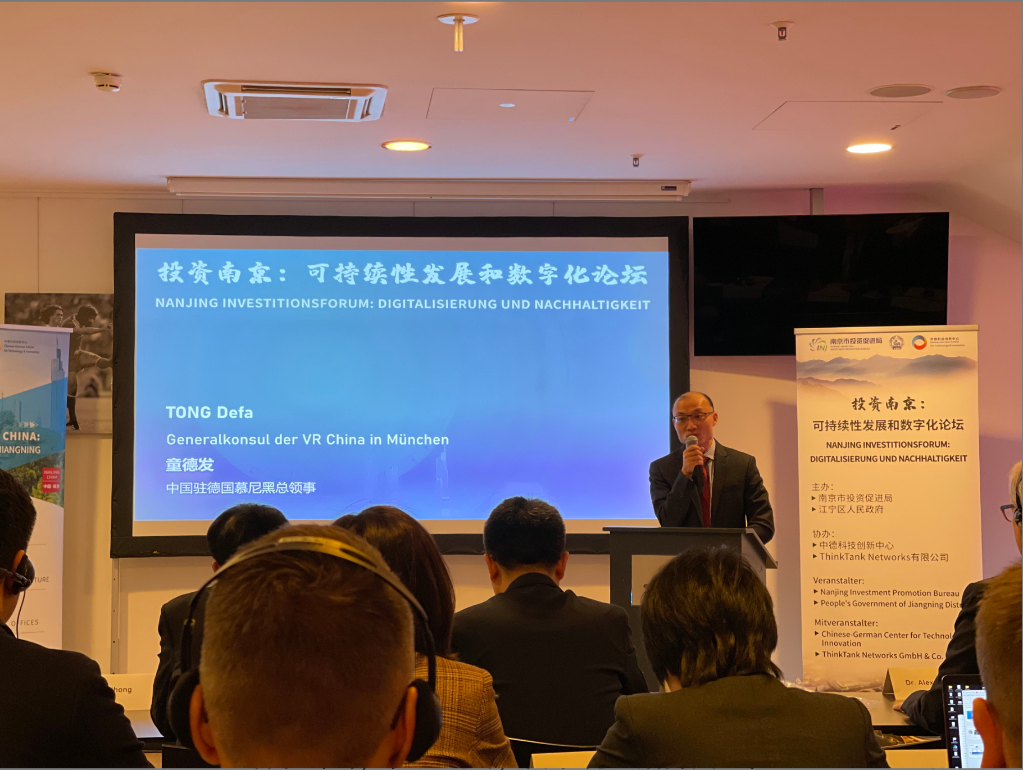