The Deshou Palace, or the Palace of Morals and Longevity, was once the residence of Qin Hui, a notorious prime minister during the Song Dynasty (960-1279). It was later chosen by Emperor Gaozong, the founding emperor of the Southern Song Dynasty (1127-1279), as his retreat palace, after he abdicated the throne in 1162. Emperor Xiaozong, Emperor Gaozong's successor, also lived in the palace between his leaving of the throne in 1189 and his death in 1194.

Hangzhou served as the capital of the Southern Song Dynasty.

Historical records show that the palace was destroyed by a fire in 1206 and fell into ruins before archaeologists rediscovered the site in 1984.

Covering an area of 170,000 sq m, which was only determined with extensive archaeological excavations during the past three decades, the restored complex will host exhibitions showcasing the everyday life of emperors and ordinary people in the Southern Song Dynasty. Excavated and collected pieces of porcelain, calligraphy and other works of art will be featured as well.

The layout of the Deshou Palace follows that of the Southern Song Dynasty imperial city, said historians and archaeologists. Comprising of over 10 halls and courtyards, including the Deshou, Houdian and Lingzhi halls, the Deshou Palace was believed to have once boasted many exquisite landscaped gardens, comparable to those in the imperial city.

The palace and museum will be open to public reservation from 9 am on Saturday, and will begin to receive visitors from Nov 22 onwards, according to its official announcement. It will be closed every Monday.

The unveiling of the palace and museum also marked the start of the Song Yun Cultural Festival. Running until the end of 2022, the festival will feature a series of cultural events, forums and activities themed around the Song Dynasty and its contemporary relevance. Yun, a Chinese character, means "appeal" or "charm". 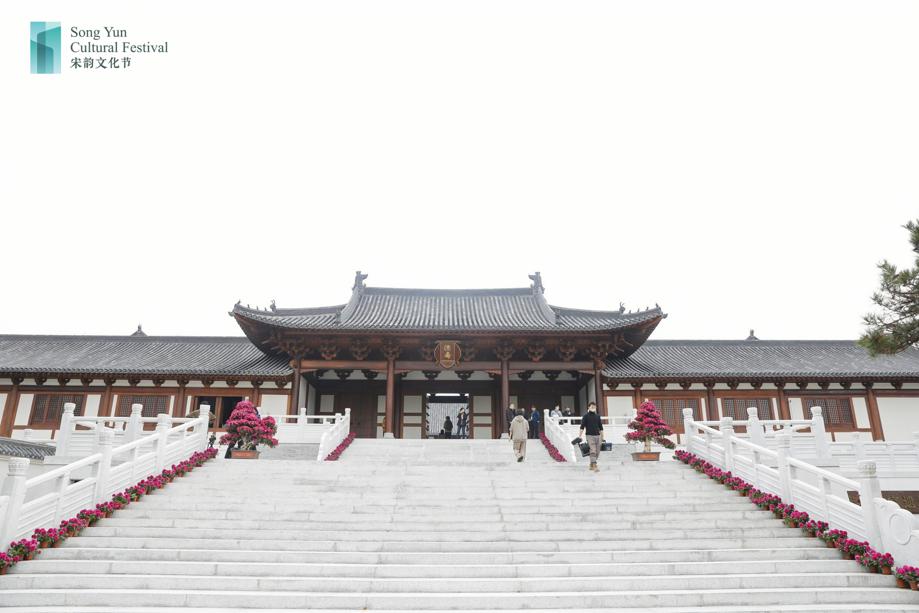