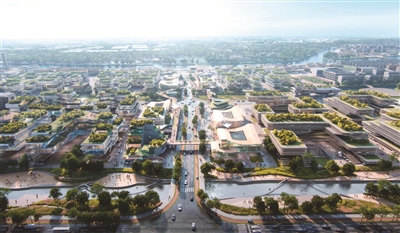 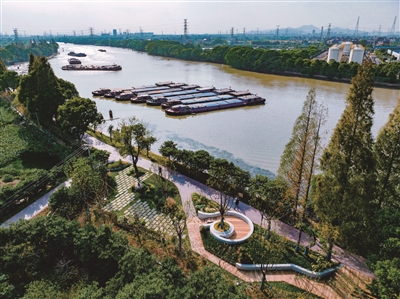 After the renovation, the environment along the Grand Canal has been upgraded under the guidance of the management committee. So far, 60% of the greenway (suburb section) of Linping Grand Canal National Cultural Park has been completed. The whole greenway is expected to be completed and put into use by the end of this year. The construction of the National Cultural Park and the Suburb Greenway and the improvement of cultural relics not only enrich the people’s life, but also bring along the tourism economy along the canal and contribute to the common prosperity initiative along the Grand Canal.

Besides the environmental renovation, the management committee has rolled out preferential policies to attract more young talents and enterprises to devote to and invest in canal construction. In addition, digital research institutions have been established and technological R&D has been carried out to push forward technological innovation and empower the construction of Grand Canal Sci-tech Innovation City.

Moreover, headway is being made in the reconstruction of Grand Canal Bridge. After completion, the bridge will greatly strengthen regional linkage, effectively connect other engineering nodes in the middle ring of Hangzhou, improve the transport network that has extended to all directions, and promote the coordinated development of the urban and rural areas.