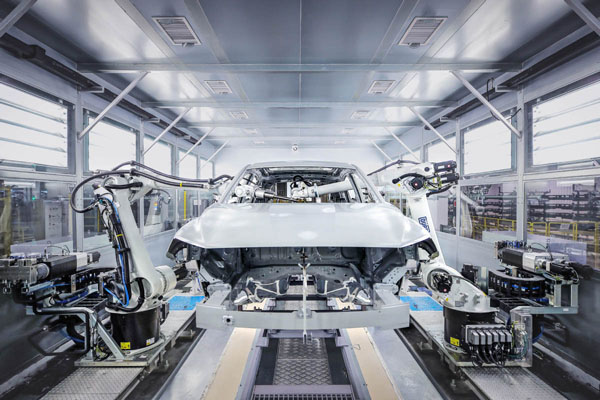 A car body is painted automatically at a Geely plant in Zhejiang province. [Photo provided to ehangzhou.gov.cn]

The park, with a planned area of 17.3 hectares, is a move by both Geely and the Xiaoshao district government to deepen cooperation in R&D, manufacturing, sales, and branding.

The park is expected to help drive the agglomeration of relevant industries in the area and help Geely in its transformation toward a more electric and intelligent auto industry.

Geely has been working to strengthen its international image by acquiring shares of world-renowned auto brands in recent years, such as the Swedish brand Volvo and British luxury carmaker Aston Martin Lagonda.