A reassembled Chinese national women's volleyball team intends to recover from a disappointing Tokyo 2020 Olympics through Volleyball Nations League (VNL) in late May.

Led by a new head coach, Cai Bin, the Chinese women's team includes 24 players with Yuan Xinyue as the captain. Key players such as Gong Xiangyu, Ding Xia, Diao Linyu and Li Yingying all made the list.

Star spikers Zhu Ting and Zhang Changning, both played pivotal roles in China's success at the Rio Olympic Games in 2016 and World championship in 2019, will miss the tournament due to injury.

Cai, 56, replaced legendary coach Lang Ping after Tokyo 2020. He was appointed as the head coach of the national women's team for the second time after he led China to the finals of the Asian Championships in 2009 when they lost to Thailand. This time his goal is higher as he is expected to lead the Rio 2016 Olympic champions to Paris 2024.

"Our goal this time is the finals," Cai said recently. "We've got a lot of players who previously didn't have many opportunities to start in international games. But I wish they could prove their competitive spirit and try their best."

The women's VNL will begin on May 31, with the finals in Ankara, Turkey to be played from July 13 to 17.

The VNL will be the first major international event after Cai took over the reins and the first time for the Chinese women's team to show up at the international volleyball court after they failed in the preliminary round in Tokyo last year. 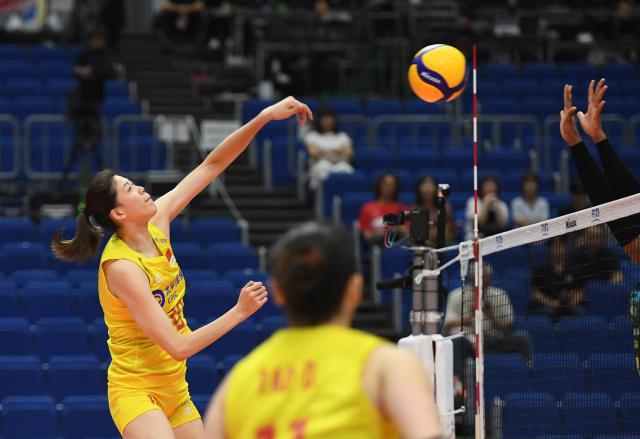