On the facade of Fuyang Asian Games Shooting & Archery and Modern Pentathlon Centre, the most eye-catching is Dwelling in the Fuchun Mountains that flows with light and shadow. This design creativity is included in the winning list of the Lighting Design Awards 2021. 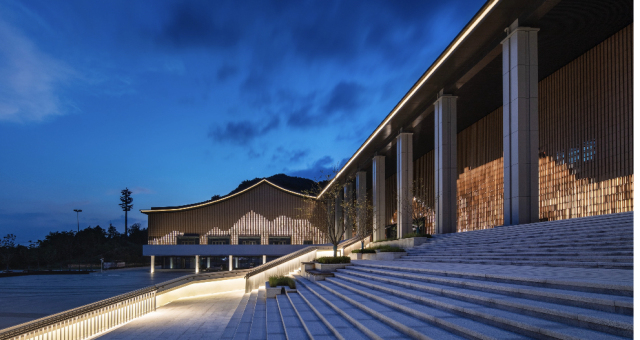 "Modern Version of Dwelling in the Fuchun Mountains" composed of 34,000 rotating louvers and light & shadow is located in the Shooting Hall. During the daytime, the light & shadow effect formed by the angle of rotating louvers varies with the movement of the shadow under the sunshine to present different visual effects. During the nighttime, the lamplight shines through the gap so that Dwelling in the Fuchun Mountains on the scroll is displayed on the facade of the building to be alive through the light & shadow technology. 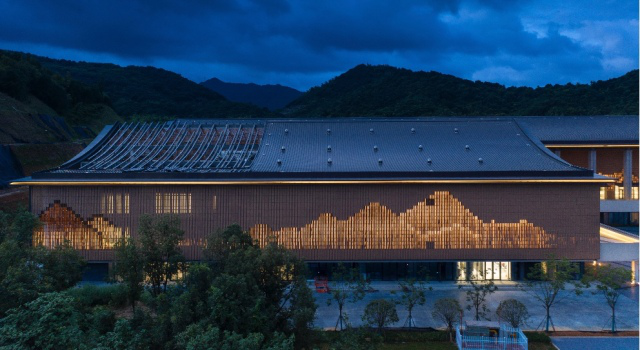 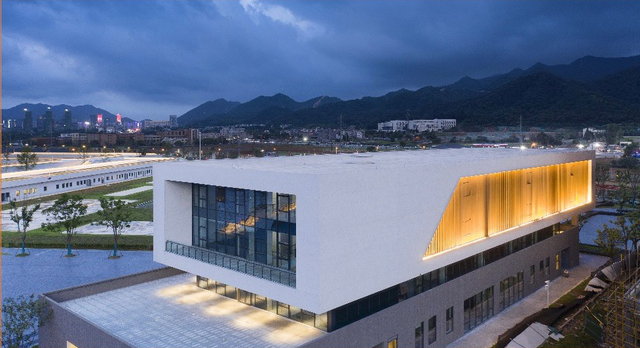 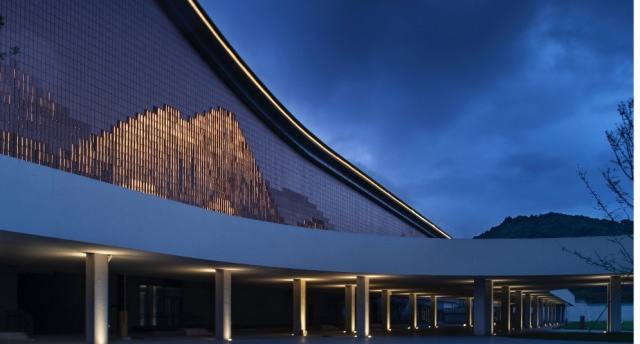 The secret of Dwelling in the Fuchun Mountains being "alive" is about rotating louvers. Through multiple procedures, there is a light cutting groove with an adjustable angle hidden behind each louver, and the configured intelligent optical luminator is mapped to the end of the louver.

225 sets of lamp angles were combined with the angles of louvers in a dynamic manner, and anti-glare processing was the biggest challenge. The design team considered the related problems from various perspectives so that every louver could accurately receive light and tried to avoid the interference. In addition, enclosing the wall washer lights and pipelines could not only successfully avoid the effect of spill light on athletes in the venue, but also solve the problem of messy pipelines on the back. 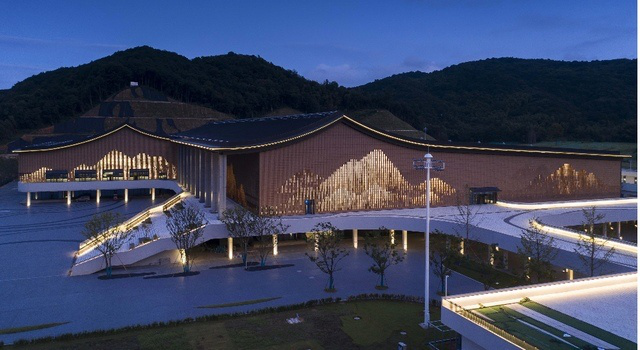 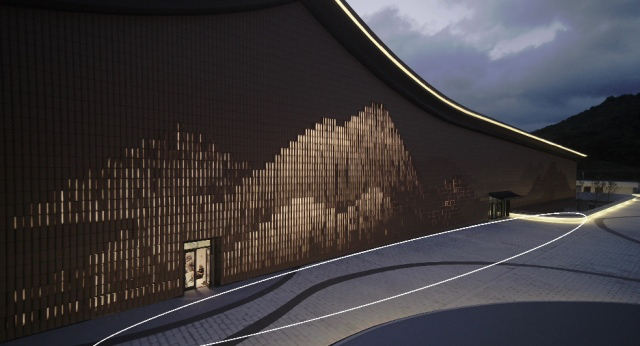