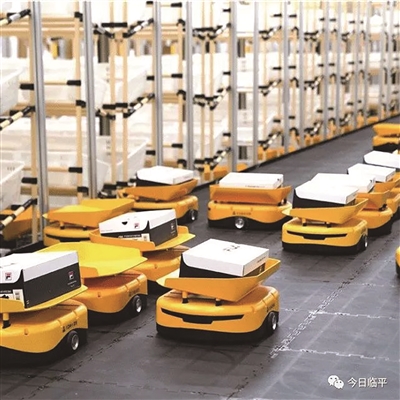 These "Minions" robots can help classify goods into 20 to 10,000 grids and provide flexible and customized solutions based on actual demands. The company estimates that their robots can handle about two billion packages a year.

"Minions" are easy to configure, require minimal maintenance, and operate under temperatures as low as -30°C. The infrastructure for using robots is of modular type, which makes it easy to scale or move the system to another building.

Since mid-August in 2021, Libiao Robotics have helped deal with parcels at Hellenic Post sorting center in Athens, Greece, Reuters reported. About 10,000 LiBiao robots had already been in operation at factories in Asia, the United States, and Australia in 2020.