A rendering of the museum. provided to Tianmu News

The construction of remains of Deshou Palace in Hangzhou, where two retired emperors once lived during the Southern Song Dynasty (1127-1279), has made breakthroughs, local media reported recently.

The project has completed processes including the closing of wooden structure in the central area, the capping of steel structure protective shed in the western area, and the revealing of the ruins.

Interior decoration of exhibition halls and exterior plantation of greens are on-going.

The remains will turn into a Southern Song Museum, which is expected to provide an immersive and interactive experience by allowing visitors to pass through historical remains, landscapes and virtual scenes. 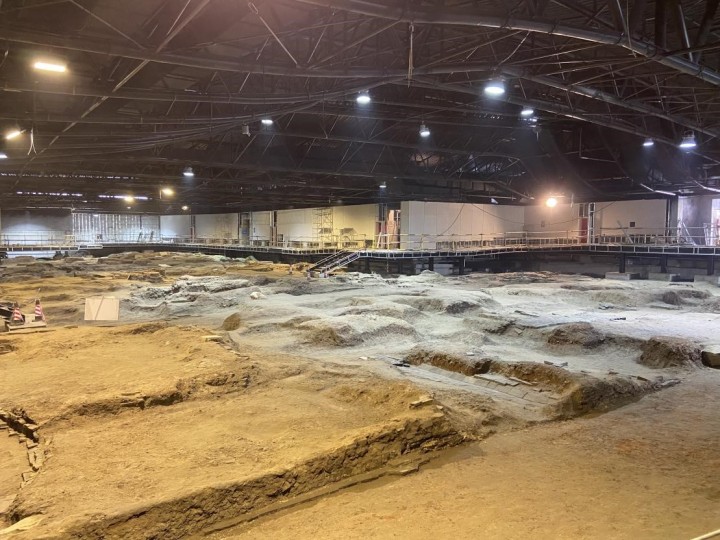 Ruins of the Deshou Palace. provided to Tianmu News 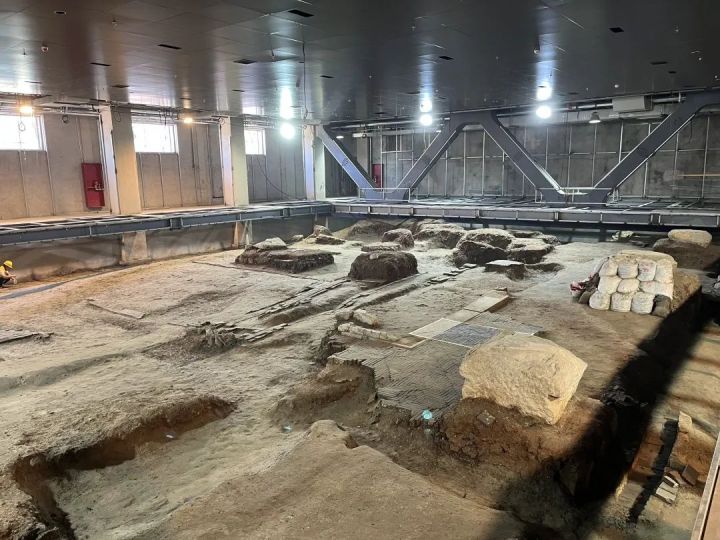 Ruins of the Deshou Palace. provided to Tianmu News

Construction on the museum began on Dec 28, 2020, and the project is expected to be completed and begin operating this year.

Shangcheng district in Hangzhou was the center of the royal palace of the Southern Song Dynasty, which is considered a golden era in Chinese history due to its advanced economy, culture and science.

More than 10 historical remains from the Southern Song Dynasty have been unearthed in Shangcheng, more than any other place in China.

Deshou Palace accommodated emperors Gaozong and Xiaozong and their wives after they retired form their thrones.

Since 2001, the Hangzhou archaeology authorities have conducted four excavations and finally decided the address of the palace, which will cover an area of 170,000 square meters.