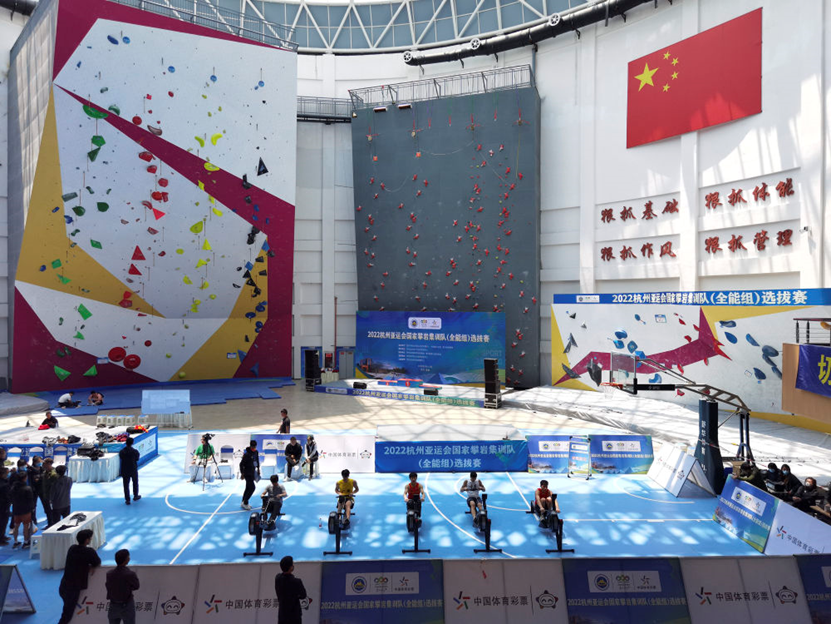 A special competition and physical synthesis saw Pan Yufei lead Song Hualong, Qu Haibin and Huang Jinbin into the men's preliminary squad, while the women were narrowed down to Luo Zhilu, Xiang Hongchun, Huang Yajun and Huang Zihan. Both teams will hold more test events to choose two men and two women to represent China at the September games.

Overall, 13 men and 10 women participated in the group selection competition divided into men's and women's combined and physical fitness tests.

Since the end of last year, the squad has conducted two training camps. After the first one in Guizhou, the speed climbers traveled to Hainan for the next phase – the trial for the speed group on May 7 and 8.

Sport climbing made its Olympic debut at the Tokyo 2020 Olympics with 40 athletes competing in two combined events, each with three disciplines: lead, speed and bouldering.

At the Asian Games and 2024 Paris Summer Olympics, the speed event will be separated from the combined event. After selecting the line-up for the Asian Games, the team will return to international competitions as soon as possible to gain experience for the next Olympic Games.