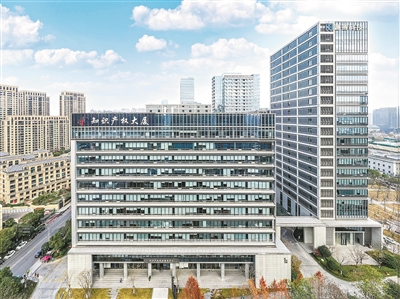 The achievements owe to following efforts: 1) Mao Hua has fully realized the importance of niche innovation to the survival of the enterprise. Thus the company kept on innovating the properties of the products from the perspectives of the users, spared no efforts in R&D and strengthened itself through intellectual property. 2) The national projects were implemented, such as National Intellectual Property Demonstrative Park, and major scientific programs, like "Startup Supporting Program", which helped to protect and guard enterprise innovation.

The story of Tingoton's innovation was not unique in High-techZone (Binjiang District). Many other enterprises have remained steady under high stress and have improved their capacity in innovation. With 29 enterprises entering the list of Zhejiang Top 100 Enterprises in Innovation Capacity released recently based on such indicators as number of effective inventions and patents, number of high-value inventions and patents and numbers of authorized patents in recent three years, Binjiang ranked the first in term of number of enlisted enterprises. H3C Technologies Co., Ltd. has retained the top position for three consecutive years. "Binjiang-based" enterprises have accounted for 70% of the top 10 for three years in a row.