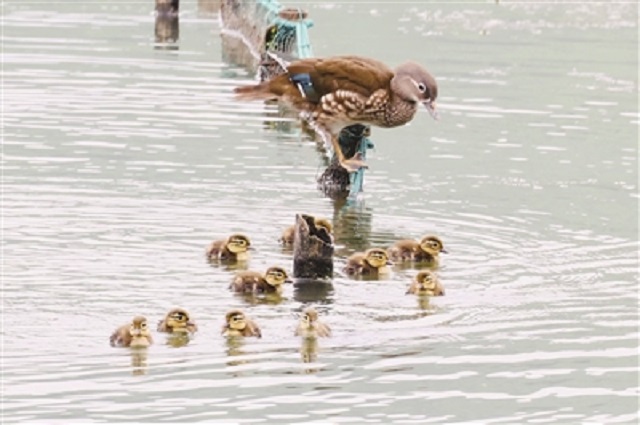 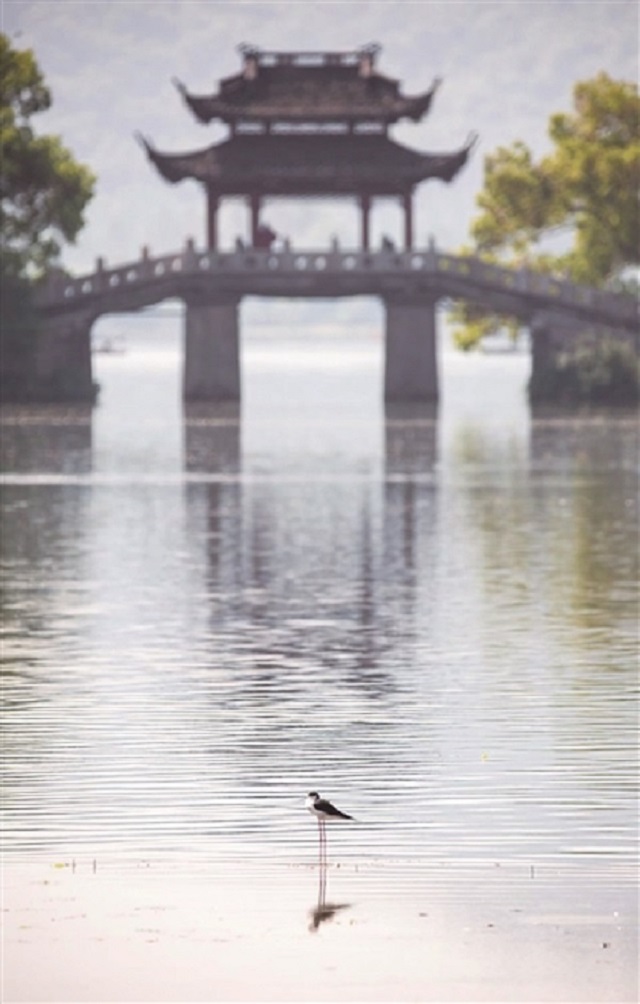 As the first UNESCO World Heritage Site in Hangzhou, the West Lake has proved itself a prominent example of the harmonious coexistence of human and nature. The city has taken pains to protect the lake and has developed it into a greener and prettier place.

To improve the water quality of the West Lake, the project of water diversion and distribution has been launched since 1985. Two pretreatment fields were constructed to purify the water flowing into the lake by the method of flocculation and settlement, with a respective capacity of 300,000mз and 10,000mз. On the one hand, the inflow of abundant water has accelerated the stream which enhances the self-purification of the lake, making it a lake with combined functions of "storage, drainage and control"; on the other hand, the amount of water distributed to the urban rivers has increased to maximize and optimize the utilization of water.

The aquatic creatures have also been restructured in order to purify the water. After over ten years of efforts, the configuration of aquatic plants at the bottom of the lake has been fully optimized into a community of submerged hydrophyte, which can maintain the steady-state clear water, covering an area of 317,000 m2. Besides, according to the statistics, the number of tubificidaes, which were found to be harmful to the quality of water, has decreased significantly.

Every winter, some selected fish fry are put into the West Lake to further refine the water. In particular, plankton such as bighead carp and silver carp are beneficial to the quality of water by feeding on algae to reduce the content of nitrogen and phosphorus and to avoid eutrophication. The measure has not only contributed to the transparency of water, but also brought fishing fun to the West Lake.

Guests in the West Lake

Technically speaking, mandarin ducks are migratory birds in Hangzhou. They fly here from the north every autumn to spend the winter and then fly back to the north to breed in the following spring. In other words, they hatch baby ducks in the north.

These years, however, some of the mandarin ducks settle down in the West Lake laying and hatching at the beginning of summer. A reasonable guess is they stay because of the perfect ecology here. Since 2007, some mandarin ducks even have not left at all and settled themselves in Hangzhou all year round. That is to say, they no longer migrate.

But, soon something unexpected was found by the Lake keepers. As an ancient Chinese poem by Yang Wanli goes, "green lotus leaves outspread reaching the boundless sky; pink lotus blossoms take from sunshine a new dye." Lotuses constitute the breathtaking scenery in the West Lake, attracting thousands of tourists every year. To protect the lotus shoots from being nibbled by herbivorous fish, the lotus areas of the West Lake are fenced with nets. Some of the newborn mandarin ducks are also blocked by the net fence, while some others enter the lotus areas to frolic and forage. The young ducks may get lost when separated from their family. To protect these ducklings, a unique bridge was built for them to walk over the fence into a broader water area.

The beauty of nature in Hangzhou cannot be achieved without loving people. A large number of residents in Hangzhou volunteer for protecting the mandarin ducks. Once, at around eight o'clock in the morning when the traffic was heavy, five mandarin ducks were lined up to go across the road. The volunteers in Hangzhou rushed to stop the vehicles to have the ducks walking across safely. A Hangzhou version of duckling parade!

"All the drivers stopped of their own accord and waited patiently till the mandarin ducks crossed the road safely," one of the volunteers said.

Bai Yun, who has worked as a volunteer to protect the mandarin ducks for years can name most of the ducks in the West Lake. She is especially acquainted with an eight-year-old duck Yuanma, as she names it, when Yuanma was bringing up her ducklings in the West Lake, three of which become celebrities for their distinctive appearances. One night in 2018, Yuanma got injured when fighting against a wildcat to protect her children. Her left wing was broken and had to stay in the nest. Bai Yun and other volunteers had taken good care of her every day until she was recovered. Though disabled since then, Yuanma is able to fly and walk around. She becomes such an intimate to Bai Yun that she would immediately fly to her, even across the lake, upon hearing her voice.