Qinghefang is located at the foot of Wushan Hill, near the West Lake. It has been the prosperous business center of Hangzhou since the Five Dynasties, which endows the city with profound history and traditional charm. Nowadays the Qinghefang Historical Block, covering an area of 220,000 m2, receives near 25 million visits every year. The 20thAnniversary of the Opening of Hefang Street and Song Dynasty Charm Culture Project Press Conference were held at the historical block on the evening of 17thOctober. Visitors gained an overall, in-depth understanding of Southern Song Dynasty through Song Dynasty Charm in the Eyes of Experts,Song Dynasty Charm in the Eyes of Everyone, and other programmes appearing on the LED screen. 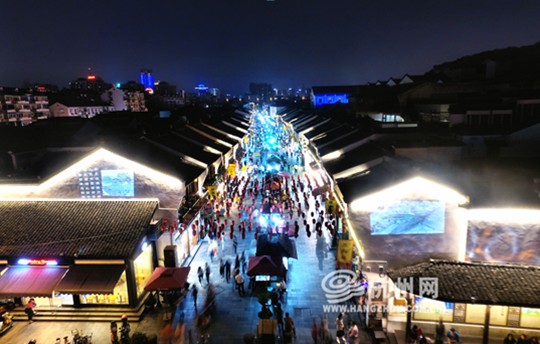