Chinese automaker Geely Auto Group has started selling electric cars in Israel through the Israeli dealership Union Group, both companies said at a launch event in northeastern Israel on Nov 1.

The electric car model to be sold in Israel is the compact crossover car Geometry C, with a length of 4.43 meters and a wheelbase of 2.7 meters.

It comes in two versions, standard range of 350 km equipped with a 53-kWh battery, and long range of 460 km with a 70-kWh battery.

It regularly takes about 11 hours to charge the long-version vehicle's battery, while fast charging of 20 to 80 percent of the battery takes about 42 minutes.

Normal charging of the standard version's battery takes about 8.5 hours, while fast charging takes about 36 minutes.

"The Israeli car market is one of the most important for the implementation of our global strategy in the field of new energy," said Song Jun, general manager of Geely Auto International Sales.

Speaking about the upcoming 30th anniversary of the establishment of diplomatic relations between China and Israel, Song voiced his hope that the fruitful cooperation between the two companies will continue to thrive in the future.

The Geely Auto Group, headquartered in Hangzhou, was founded in 1997 as a subsidiary of Zhejiang Geely Holding Group. 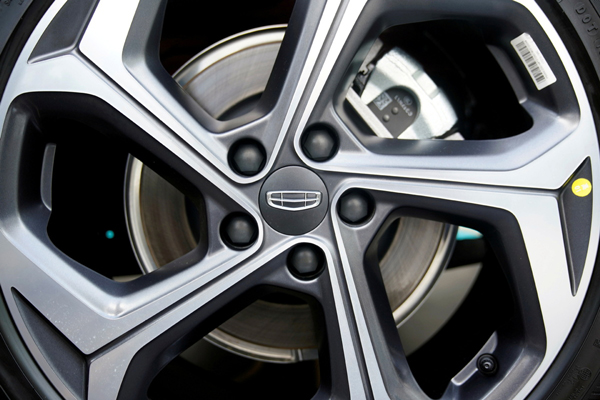