Xinhua According to a report by Chinese consulting agency iiMedia Research, the number of hanfu enthusiasts in the country will have surged from 2.04 million in 2018 to 6.89 million by the end of this year, with over 70 percent of the fans being Generation Z-ers aged between 16 and 24.

The ongoing hanfu craze is certainly palpable. If you walk into parks and tourist spots in cities like Xi'an, Hangzhou and Nanjing, chances are you will come across people dressed in hanfu taking selfies.

A woman in Hanfu, or Han-style costumes, poses for photos in snow at the West Lake scenic spot in Hangzhou, capital of east China's Zhejiang Province, Dec. 31, 2018. (Xinhua/Huang Zongzhi)

To tap into the fad, some tourist attractions have held hanfu-themed events and offered discounts and waivers for admission tickets to visitors wearing hanfu.

Last year, the ancient town of Xitang in east China's Zhejiang Province attracted some 187,000 tourists during its hanfu cultural week, including more than 86,000 visitors dressed in the traditional garment.

Zhu Keli, a researcher on new economy with the Development Research Center of the State Council, said the growing popularity of hanfu among Chinese young people arises from their increasing appreciation for traditional culture and their need to express their individuality.

The new economy and e-commerce platforms have further spurred the development of the niche market, Zhu said.

The report by iiMedia Research predicted the sales volume of China's hanfu market to exceed 10 billion yuan (about 1.5 billion U.S. dollars) this year.

The booming market has been attracting an increasing number of young, hanfu-loving entrepreneurs. 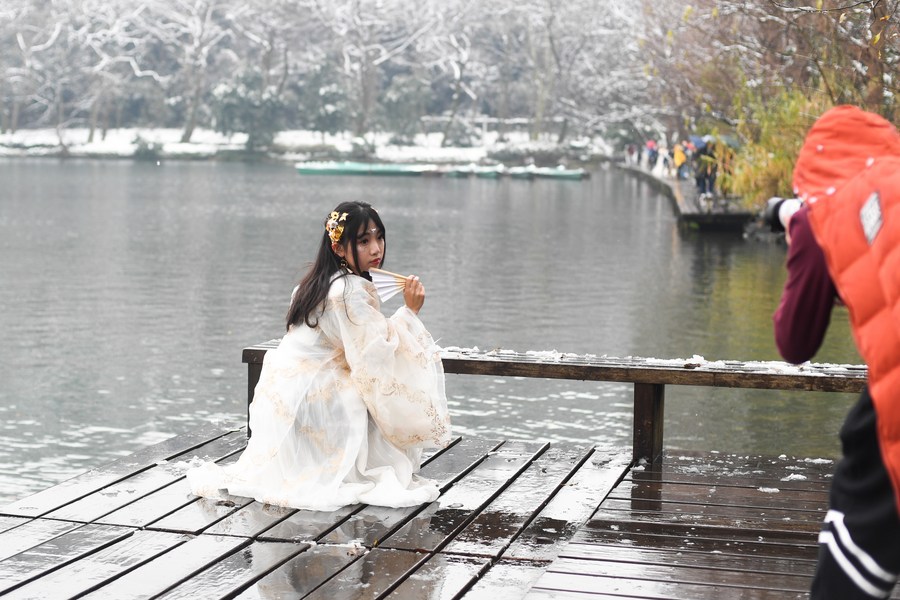