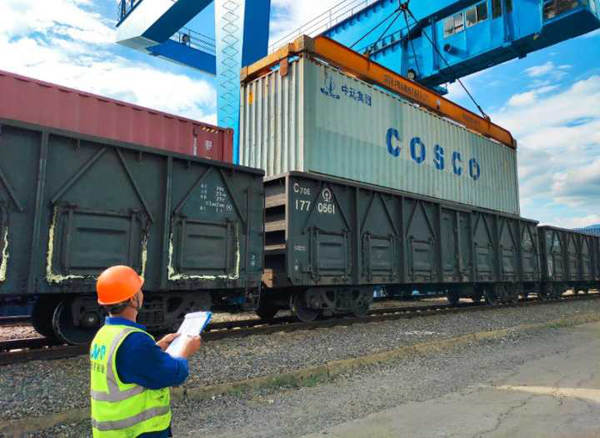 A freight train carrying 98 TEUs of COSCO shipping cargo sets off from Lishui on June 8. [Photo/zjol.com.cn]

It was the first train to depart from Lishui city in East China's Zhejiang province that received a direct bill of landing from a shipping company.

The goods carried by the train mainly include washing supplies, recreational beach buggies, and other goods for export.

Through the joint efforts of the Ningbo Zhoushan Port, COSCO shipping, and Lishui, the train departed just five days after applying for the special train for the shipping company.

The sea-railway combined transport channel between Lishui and the Ningbo Zhoushan Port is a two-way channel linking mountainous areas with the sea, which boosts the strength of the marine economy in inland cities and promote the opening of Lishui to the outside world.