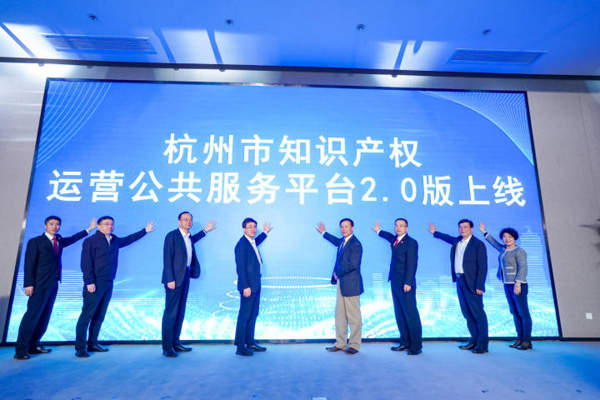 Hangzhou in East China's Zhejiang province launched an updated version of its intellectual property public service platform on April 25, aiming to better serve the public, as well as mark the 21st World Intellectual Property Day that falls a day later.

A pre-examination system for patent applications is one highlight of the new version of the platform as it allows users to first register and record their patents online, then apply for pre-examinations, and then wait for final examinations. The licensing period of patents for inventions is expected to be reduced from an average of 22 months to three months.

The new version can also offer a clear and real-time picture of patent distribution in Hangzhou. The number of different patents and the specific industrial field they belong to will be displayed.

In addition, the new version of the platform offers parallel statistical comparisons with 12 domestic cities and can work out professional patent reports by analyzing global industrial development trends.

The new version has also set up patent navigation scenarios for the six pillar industries of Hangzhou, such as smart healthcare, aiming to boost the deeper integration of patent analysis and industrial decision-making.

A comprehensive IP protection platform is also embedded to help users in the mediation, arbitration, as well as administrative and judicial protection of intellectual property rights.

An auction held in Hangzhou for patents. [Photo/zjol.com.cn]