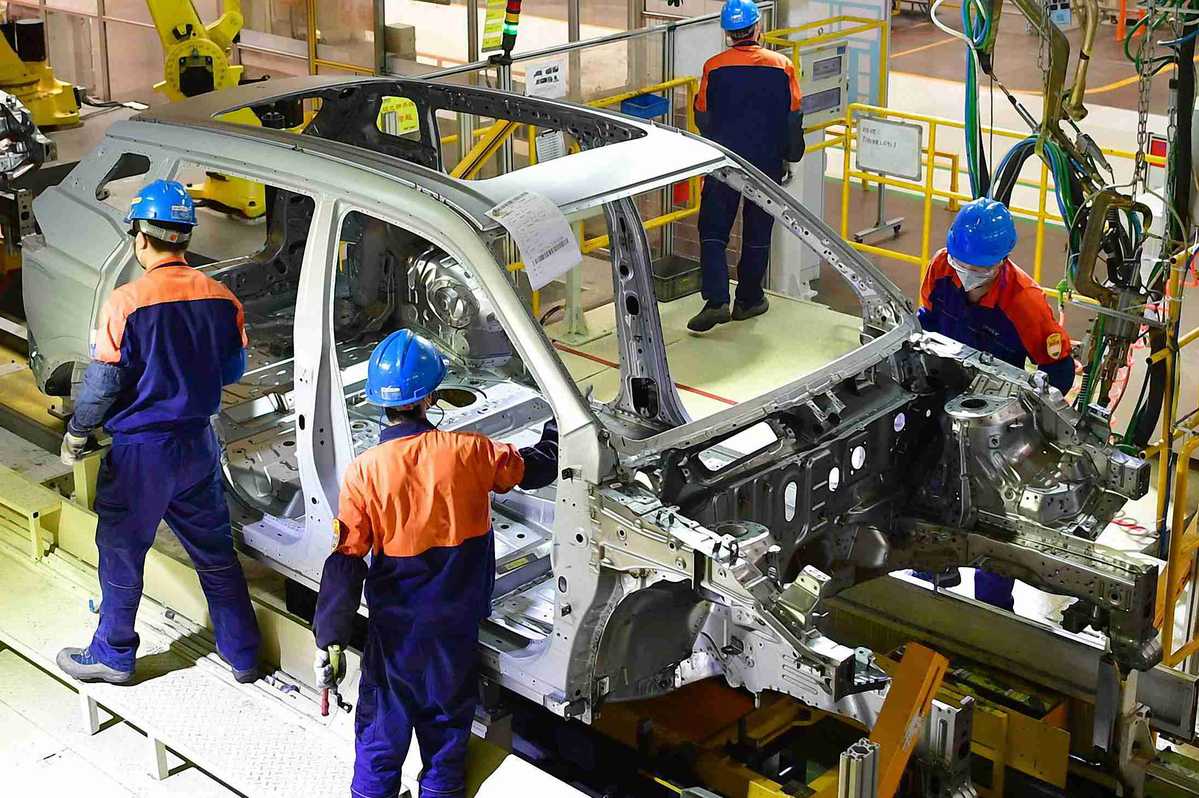 China's Geely Auto and Sweden's Volvo Cars are expected to further their collaboration in sectors from electric vehicles to autonomous driving, which experts say will help deliver synergies and reduce costs as the industry is going through a transformation.

The two companies, both of which are subsidiaries of Zhejiang Geely Holding Group, said on Wednesday that they will share electric vehicle platforms and partner to develop autonomous driving technologies.

They will also combine their powertrain operations into a stand-alone company, which will become operational later this year. It will develop engines, transmissions and hybrid systems for both companies as well as other automobile manufacturers.

Volvo will allow Lynk & Co to make use of its global sales and after-sales network as the premium brand under Geely Auto is stepping up efforts to explore overseas markets.

Robin Lu, director of the Gasgoo Auto Research Institute, said: "It is not necessary for each subsidiary within a group to develop their own set of technologies. Through collaboration they can eliminate unnecessary costs."

Lu said Volvo's network in developed markets like Europe and the United States will facilitate Lynk&Co's entry, and save Geely a lot of money and time.

An Conghui, president and CEO of Geely Auto, said Lynk& Co has opened its first European showroom in Amsterdam, the Netherlands, and the first shipment of models will arrive in April.

The two companies had planned a merger last year, but finally decided to further collaboration while preserving their separate corporate structures.

"The deeper collaboration will enable existing stakeholders and potential new investors in Volvo Cars and Geely Auto to value their respective stand-alone strategies, performance, financial exposure and returns," the two companies said in a joint statement.

Hakan Samuelsson, president and CEO of Volvo Cars, said they have evaluated different options. "We concluded that a collaboration model between the two standalone companies is the best way to secure continued growth and at the same time achieve technological synergies in many areas."

He said Volvo welcomes the opportunity for further and deeper collaboration with Geely Auto.

"We have benefited a lot from our collaboration with Geely Auto. Now we are a successful carmaker with steady growth, completely different from what we were a decade ago. We could not have done this without Geely," said Samuelsson.

Volvo is committed to becoming a premium electric carmaker. It expects half of its sales by 2025 to be electric cars, while the rest will be hybrids. Earlier this month, Geely confirmed that it is preparing to build a stand-alone electric car company to take on international rivals and local startups.

An said the two companies are sharing electric architecture among their brands, and have launched combined efforts to develop hardware and software for the next-generation modular electric vehicle platforms.

Fu Bingfeng, secretary-general of the China Association of Automobile Manufacturers, said collaboration will help expand the carmaker's scale and enable them to develop core technologies that underpin a brand's awareness.