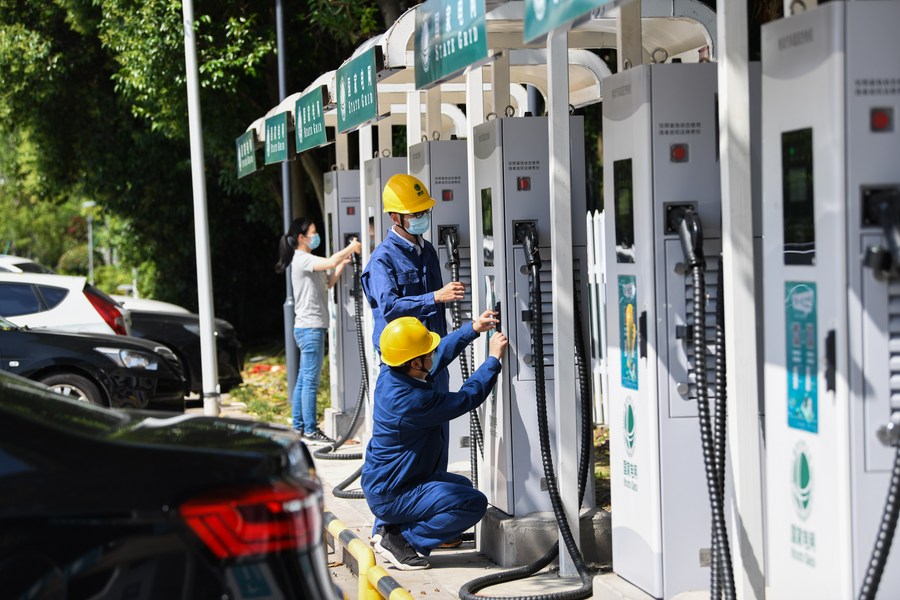 About 50,000 public charging piles and more than 250,000 self-use ones will be built in the province during the period to expand consumption of clean energy, according to the provincial development and reform commission.

To meet the requirements for reaching the country's carbon-neutral target, Zhejiang plans to increase the share of non-fossil energy in primary energy consumption to 24 percent by 2025, up from about 20 percent at present, and bring its total installed capacity of wind power and photovoltaic power to some 34 million kW, said Zhou Weibing, director of the provincial energy bureau.

More than 800 service stations for energy supply will be established in Zhejiang by 2025 and over 1,000 hydrogen fuel cell vehicles will be put into use, Zhou added.

China has announced that it will strive to bring carbon dioxide emissions to a peak before 2030 and become carbon neutral before 2060.